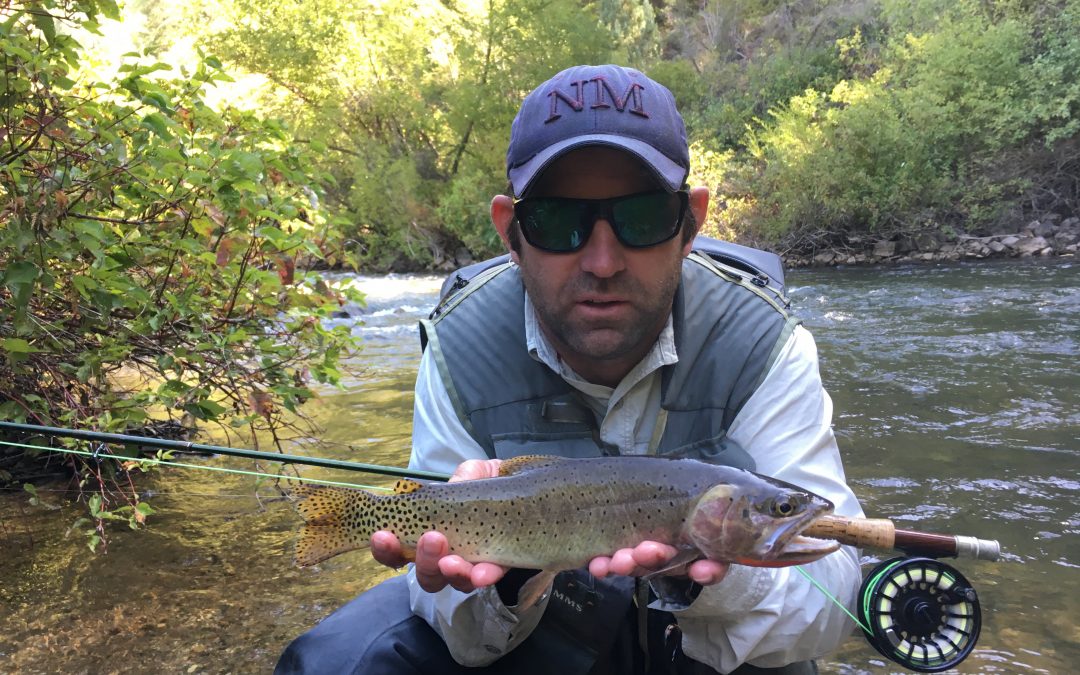 The Logan River is in the northern part of Utah and runs through an amazing canyon. With tons of great fishing opportunities. If you’re looking to complete your Utah Cutthroat Slam this is a great place to start. The upper part of the Logan River is managed for Bear River Cutthroat Trout. There are dams in place on the lower part that prevent the Rainbow and Browns from traveling upstream to compete with the Cutthroats. You will find the occasional Brown Trout in the upper regions but mostly Cutthroat and some White Fish. The Logan River in Logan Canyon (upstream from 3rd dam to the headwaters) is managed for native BRCT. The majority of the Logan River upstream from 3rd Dam is on the Uinta Wasatch Cache National Forest. The densities of BRCT are strong in the Logan River and its’ tributaries making this a great destination to catch a pure, native BRCT. Special fishing regulations are present in the Logan River so check the Fishing Guidebook before planning a trip.

If you’re starting your trip from the Salt Lake City area you will head north on I-15 until you get to Brigham City. You’ll exit highway 91 which will turn onto highway 89. This will take you directly into the town of Logan. As you get into downtown Logan. You’ll stay on highway 89 but that means you’ll have to take a right on E 400 N. This will take you past Utah State University and up Logan Canyon. As you get into the canyon make sure you get above the dams if you are looking for Cutthroat. The River has many great spots along the stream and there are some spots of private land. Fishing anywhere can be good. If you get high enough up the canyon the stream will turn at Franklin Basin Road on your left. If you turn on FBR it will follow the stream. In the winter this is a popular snowmobile area and you won’t be able to access the river easily. Higher up the stream you will find a great density of fish in beaver ponds and pools. More fish but smaller in size. The rocks become very slick the higher upstream you go.

We started lower and found some remanence of those lovely bait fisherman with their bobbers and worms hung up in a tree. But as we moved farther away from an easily accessible area the fishing started to pick up. Landing one of the biggest Bear River Cutthroats I have seen come from a river on a grasshopper pattern. Finding spot after spot with decent fishing available. Landing several trout and even a large white fish

I was using a hopper dropper set up with a Morrish hopper on top and an ice cream cone zebra midge below. Scott was kicking my butt euro nymphing with a red dart but both were very successful landing fish.

We moved back to the truck for a quick bite and decided to check out what was above Franklin Basin Road. After almost busting our ass on slippery rocks several times walking upstream we found great spots to fish and even doubled up out of the same hole. Beaver ponds were full of spooky trout that were hard to catch but the sun was getting low and we had to head back to town