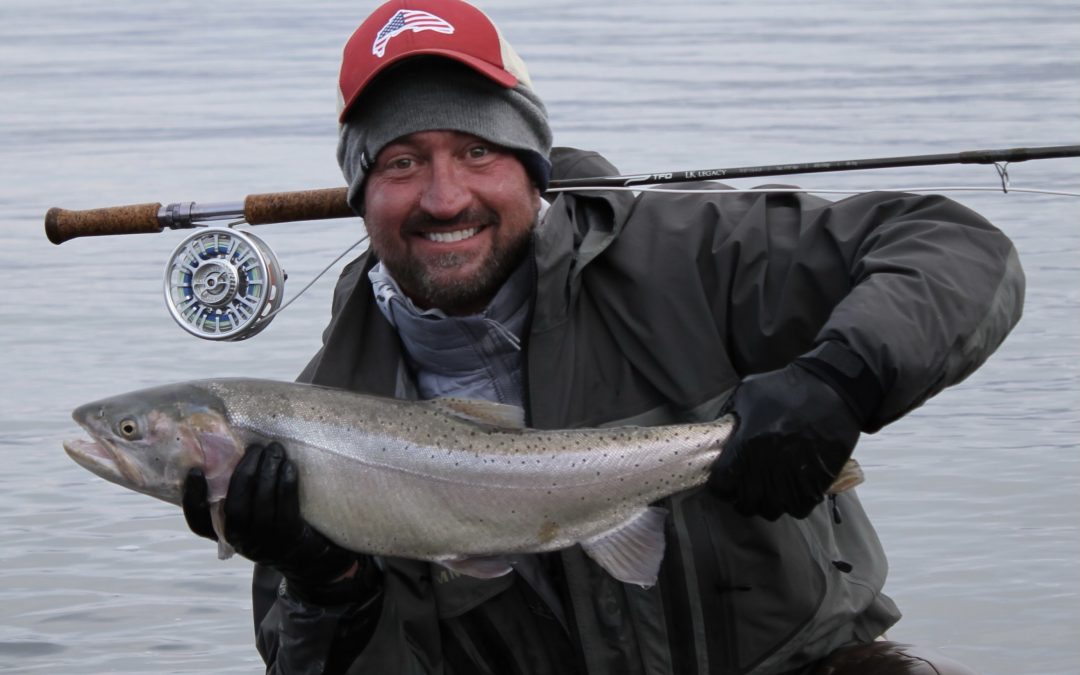 We all have those days of dreaming of watching that strike indicator dip and hooking it fish and you never know whats on the other end of your line. It could be a small 8 inch rainbow or a 24 inch brown. We all love catching fish and showing off how big they are. Well if you love big fish then the place to go is Pyramid Lake in Nevada. I have to warn you though, this is the most humbling lake you will probably ever fish. This Lake is home to monster Lohantan Cutthroat Trout and is on the Paiute Indian Reservation.

Im sure if you have been part of the fly fishing world you’ve heard of this Pyramid Lake. It was thought that the Lohantan Cutthroat was extinct until they were rediscovered in a small stream on the Nevada/Utah border. They were transplanted there by railroad workers so they would have a food source while coming through from time to time. The Lohantan is the largest of the sub species on Cutthroat and can grow to enormous lengths. 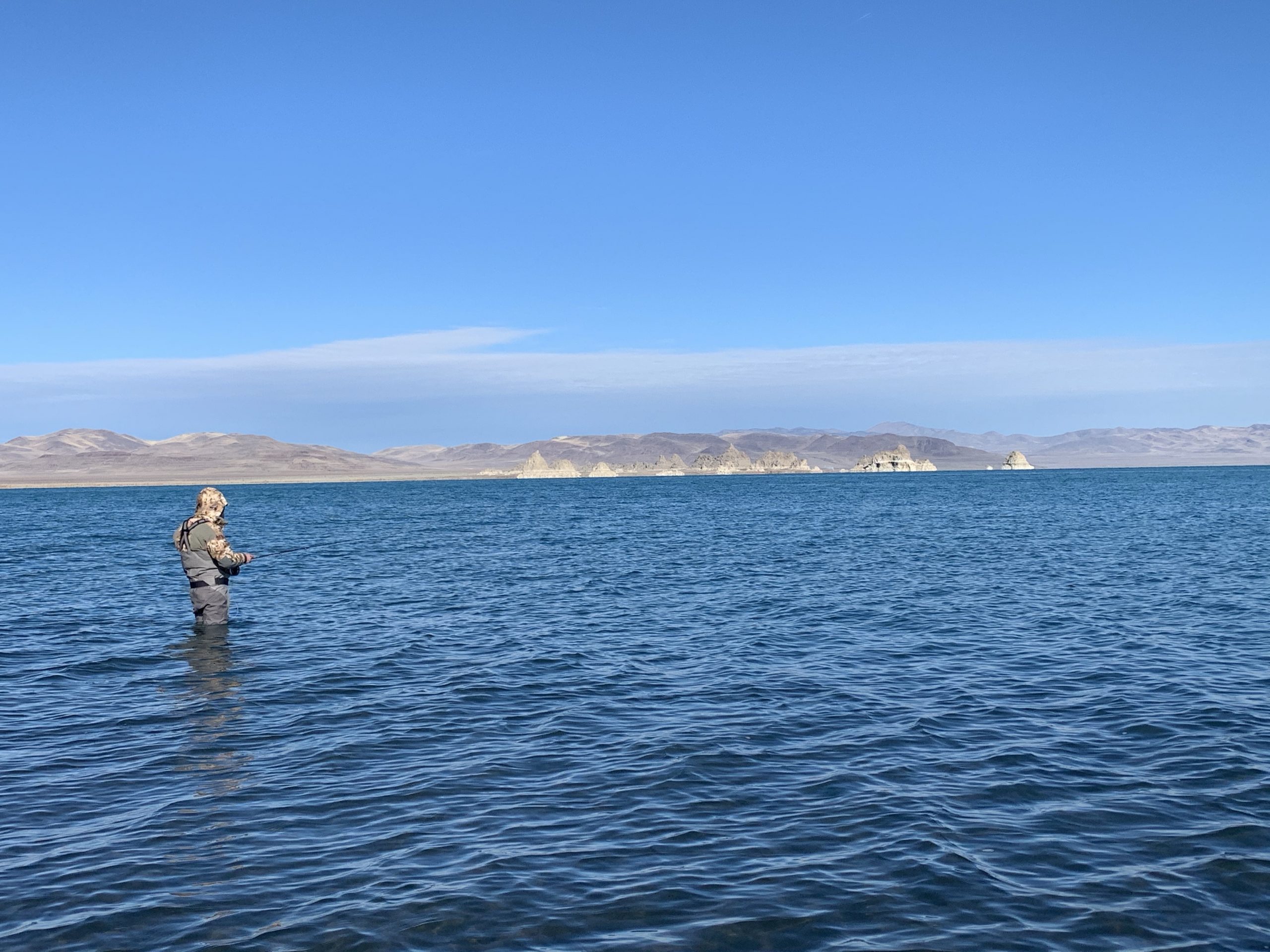 The closest major city to Pyramid Lake is Reno, Nevada. From Reno you can head east on I-80 and ext at Wadsworth and head north on state road 447 and then hang a left on state road 446. This will bring you in at the bottom of the lake where the Truckee River flows into the lake. You can also head north out of Reno on state road 445 and that will bring you onto 446 south of Sutcliffe. Sutcliffe has trailer hook ups and also lodging at Pyramid Lake Lodge. You can rent a cabin or even a 5th wheel camper so you can be up and going first thing in the morning. There is also a bar, tackle shop, small grocery store and semi restaurant there as well. 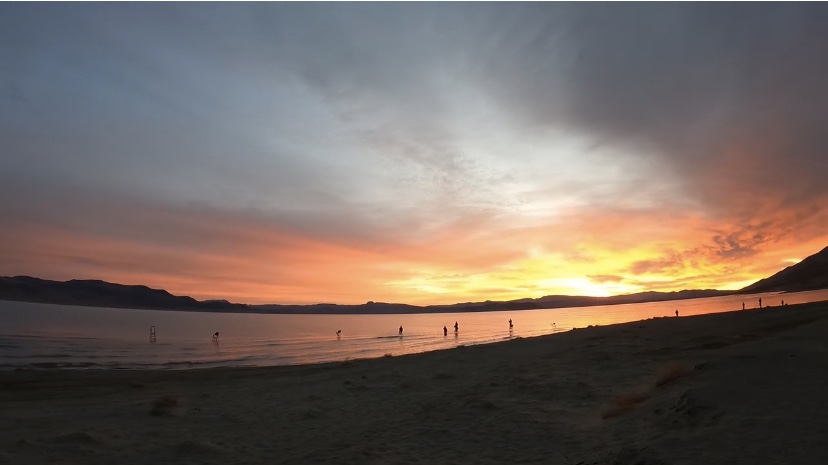 There are several things you’ll need before you hit the lake. First would be a reservation fishing license and those will run you $15 per day that you are there. Second would be a platform ladder because the fish cruise along a shelf and the best way to get your fly to that shelf is stand on a ladder 40 ft out into the lake. Third thing is really warm clothes because the worse the weather the better the fishing. The lake is only open for fishing in the winter time as well. You’ll want a 7-8wt rod (spey casting is best) with a floating line and possibly a second rod with a sink tip or full sink line on that rod. 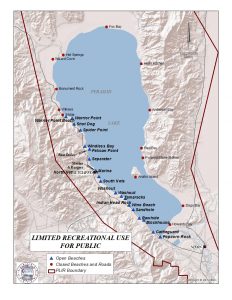 The most common flies that are used at Pyramid Lake are balanced leeches, large chironomids, Pyramid Lake Beetles ( in white and black ) and boobie flies. The Chironomids and balanced leeches are run under an indicator with a floating line. Your beetles and boobies are stripped on a sink tip or full sink line and run off tag lines. 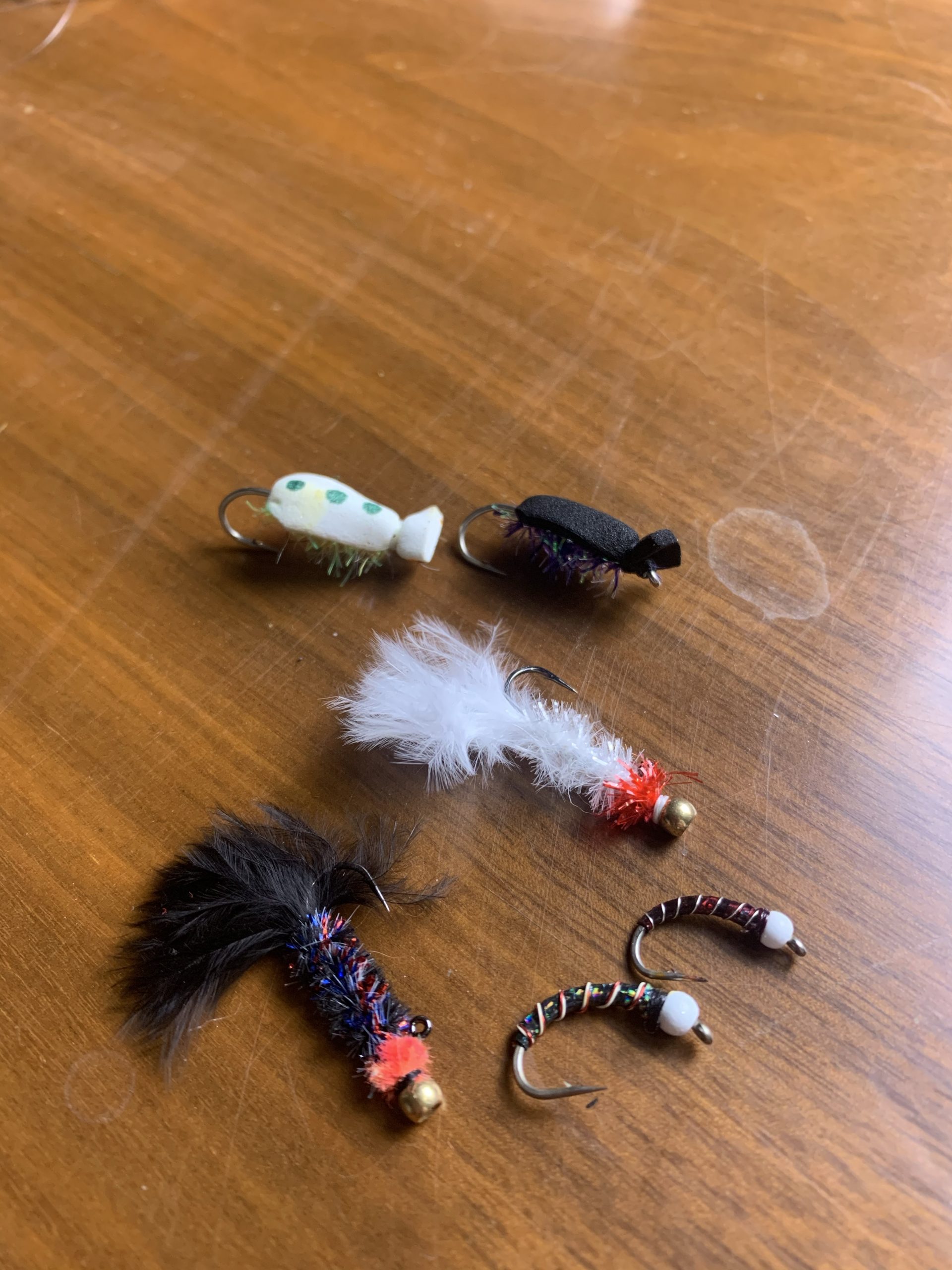 We started out our leaving from Salt Lake at 8:30 at night and ended up getting into Sutcliffe at around 3:30 Nevada time. The 5th wheel we rented at Pyramid Lake Lodge was occupied when we pulled in so we had to crash out in the truck for a couple hours before the sun started to come up. Before we hit the water we logged onto the tribes website and bought our three day pass. http://www.plpt.nsn.us/rangers/htmls/permits.html . Make sure that you have a license and you have either barbless hooks or have crimped the barbs because they have rangers that cruise the shore and check everyone (fines are pretty steep).

We started our morning off at Wino Beach. Most of the time we enjoy the solitude of being so far away from people that it’s enjoyable. Well here that’s not the case, you go where the people are if you want to catch fish. The nice part is most of the people that fish this lake have a etiquette and understanding about how the lake works. 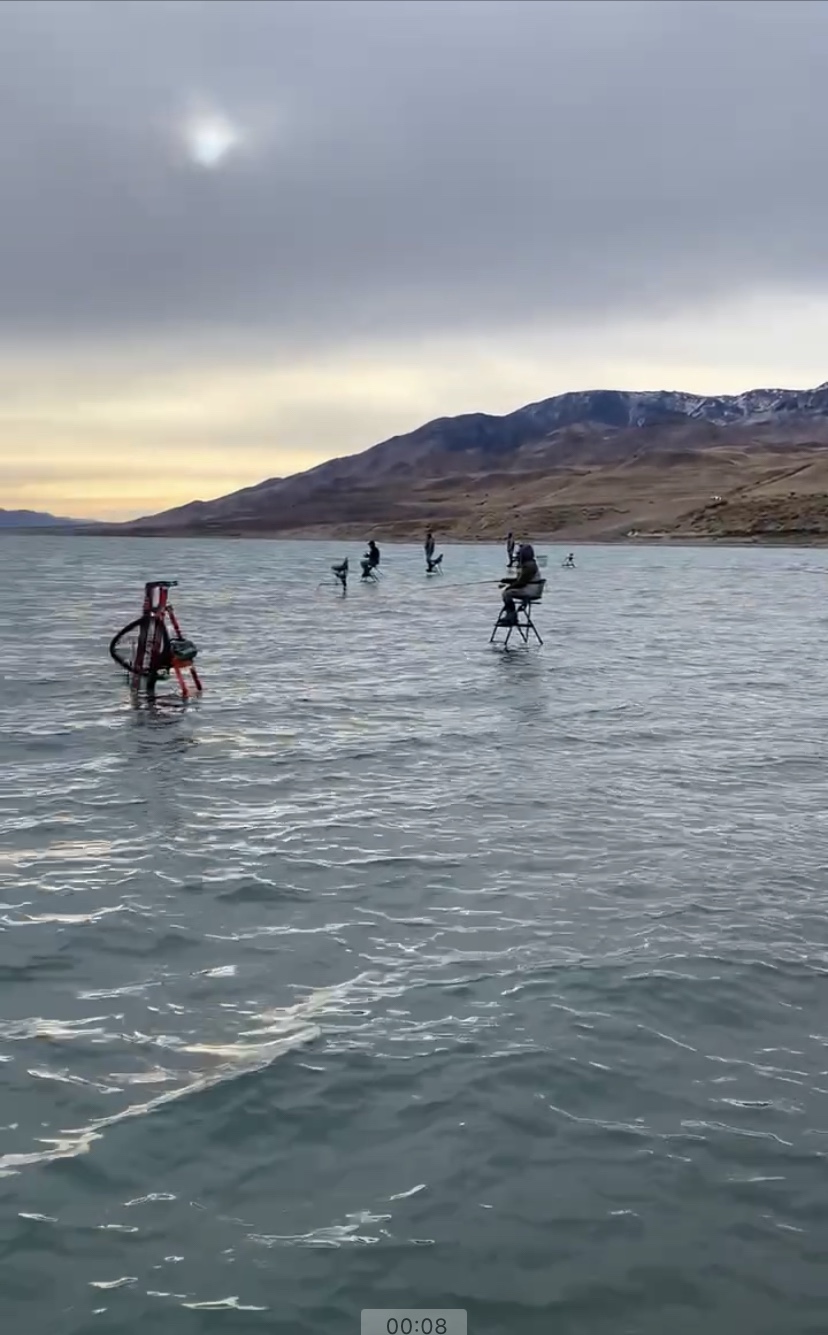 Most people bring a ladder with them to help get them and you can just space your ladder about 15ft away from the guy next to you. Just give them a hello and ask if you’re too close and you need to move and most people will tell you if you’re interfering with them or not.  The ladders help you get out of the water and above the wave and get you closer to the shelf that the trout cruise along. We were out there for probably two hours throwing everything we could at the fish, hoping for that one take. We got a call from Mike saying that he heard of some people that were doing well farther north so we decide to join him and as soon as we stepped off the ladders the guy next to us hooked into a good sized trout and we helped him net it and grab some photos. He was stripping a black booby fly. 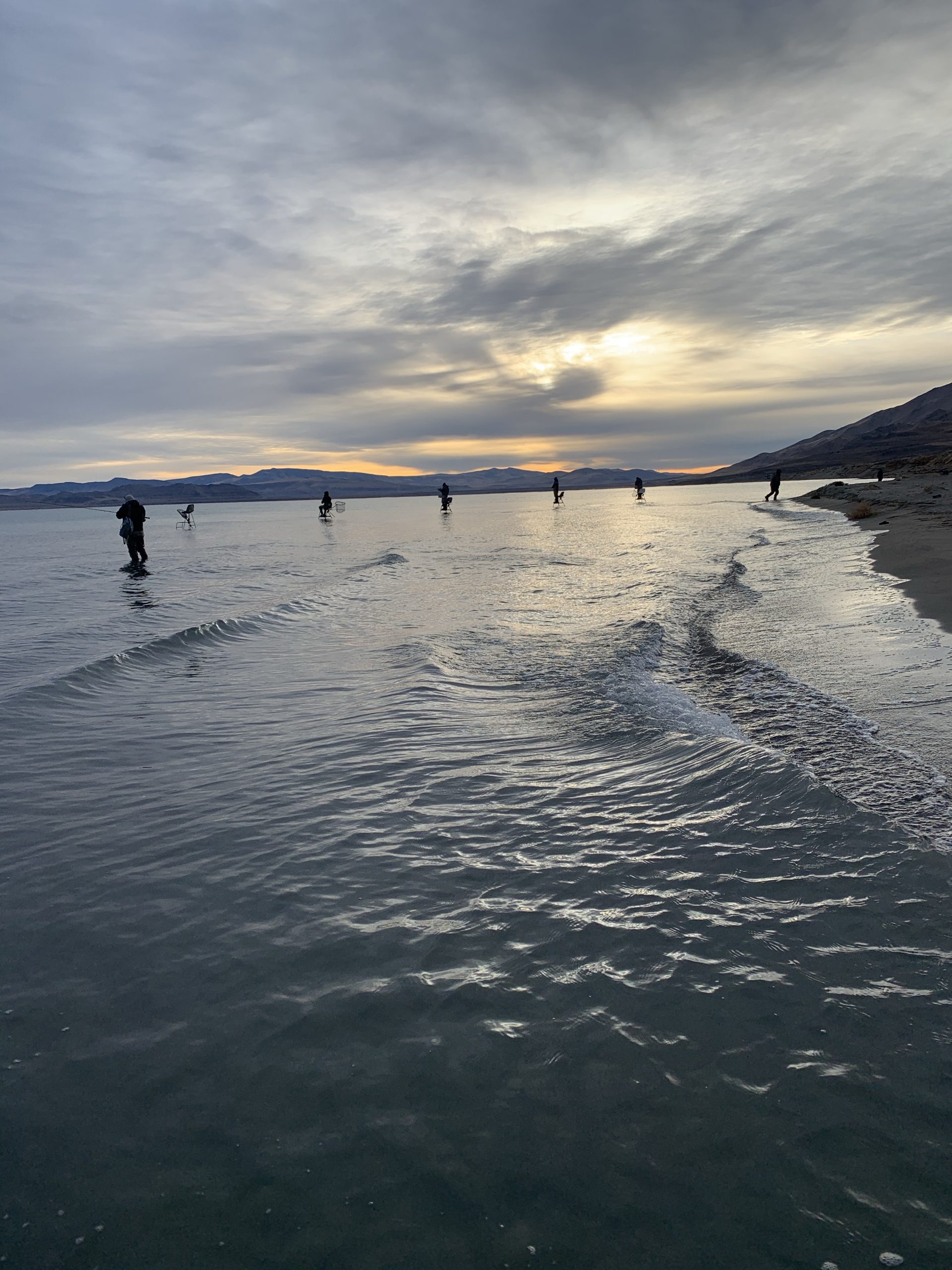 We headed north and met up with Mike at Monument Beach. This beach was a little less packed but still had some people at it. The spey rod that Mike had was able to put him in the strike zone and he had the right fly because he caught probably 9 fish that evening. 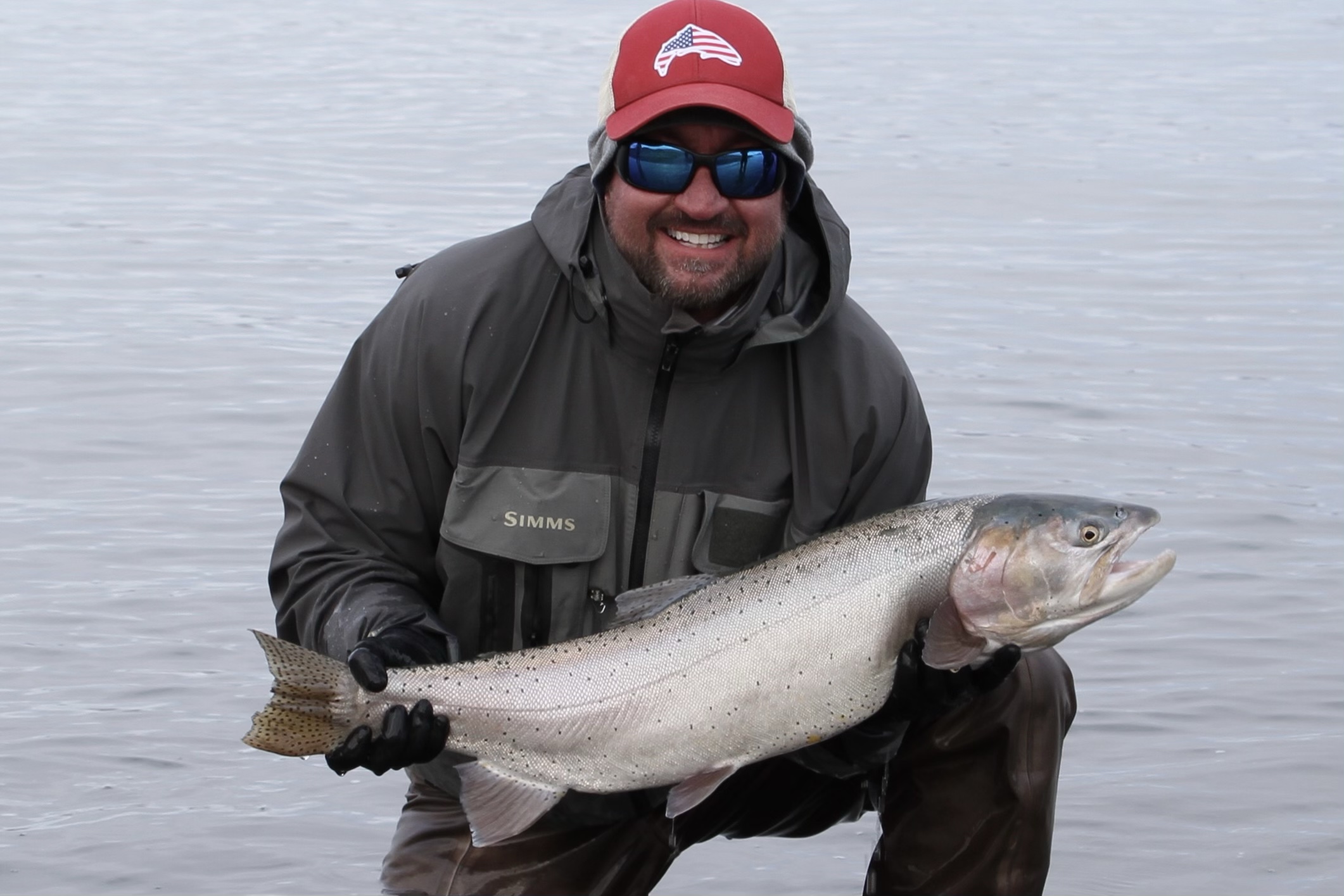 The next day we met up and started the day at Rawhide Beach which you’ll need 4WD to get off the beach. It was a pretty slow day with no bumps or takes even though the previous day we had heard of several large fish coming from there. We moved down to Popcorn beach and the whole beach was stacked with people and we decided against fishing there that day. So we headed north to Pelican Beach. There are large rocks you can fish off of here and if you want to fish here you’ll need to get there early because the spots fill up quick. We saw a couple people pull in some fish. One guy was jigging what looked like a silver and red daredevil spoon and caught a couple smaller fish. We saw more fish being caught from beaches than we saw at the Pelican Rocks but they are very popular and do produce fish. 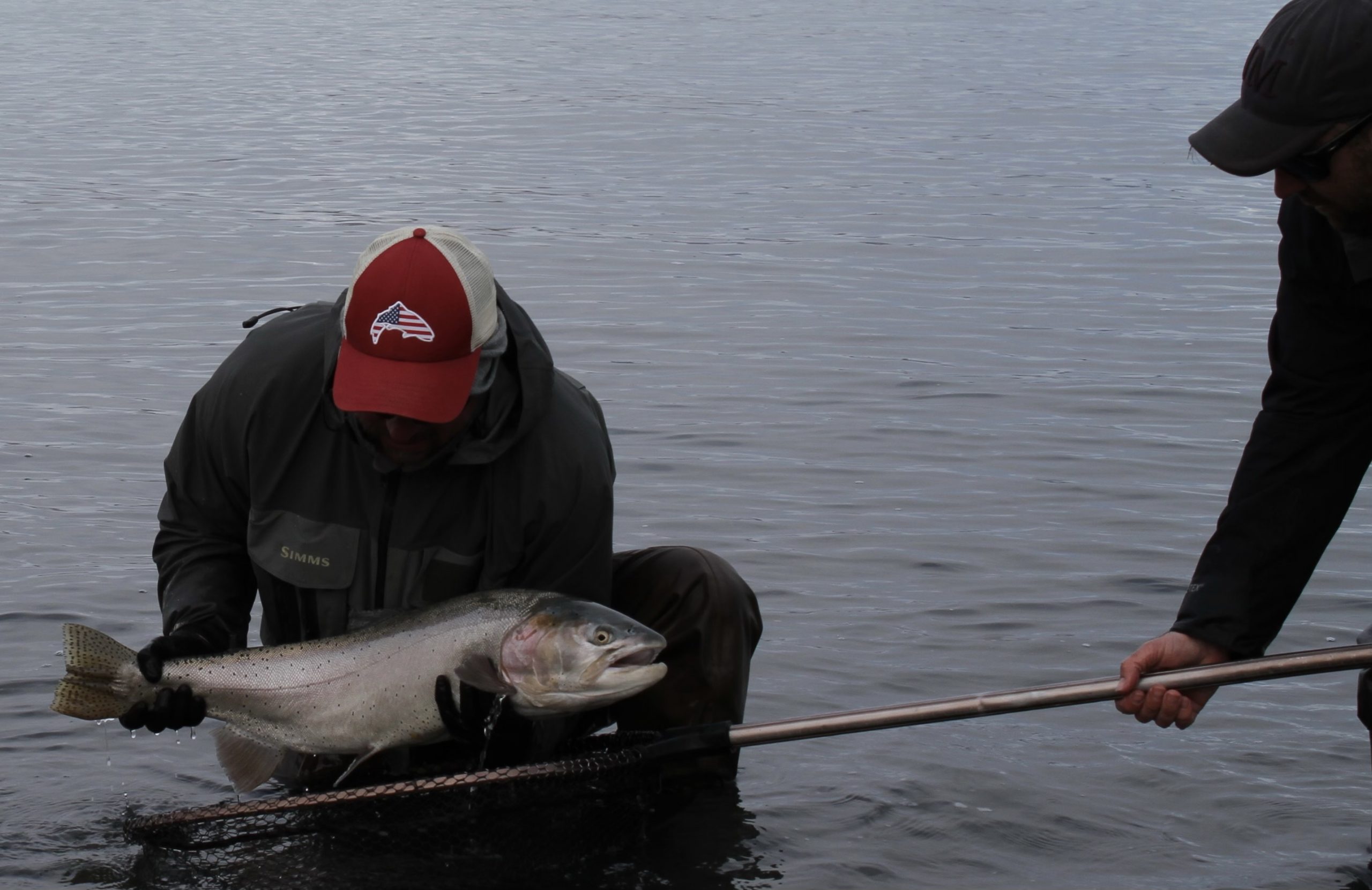 Last day we started the morning out on Popcorn Beach and tried everything we could to fish but the wind was coming in so hard sideways that you would cast out in front of you and the wind would take your fly 40 yards to our left and we had a snow storm coming in with an 8 hour drive ahead of us so we called Sunday short and took our time getting home. We were battered, beaten, cold and just plain tired but we lived to tell the tale. Hopefully we will be headed back soon with better success and better stories 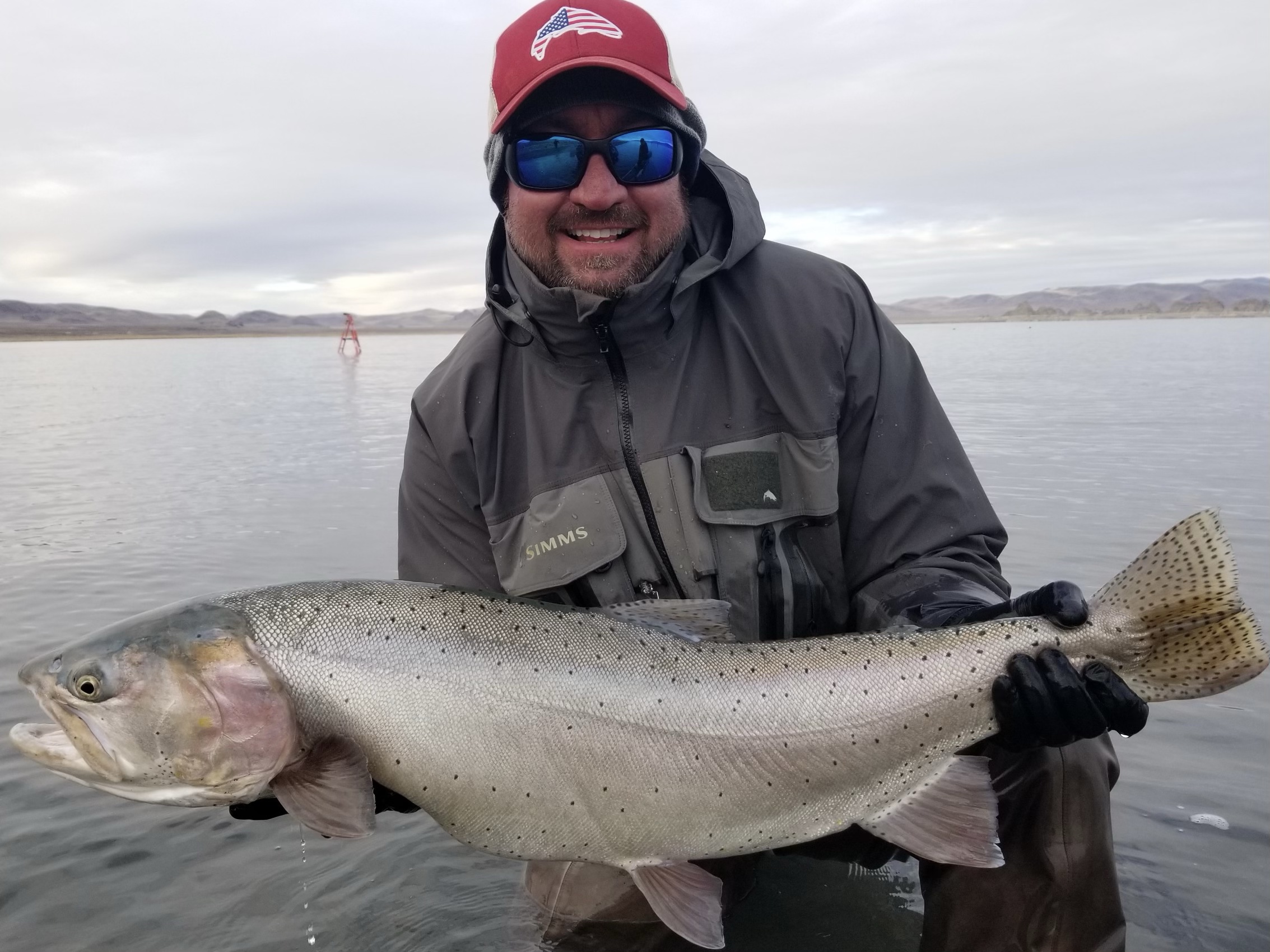