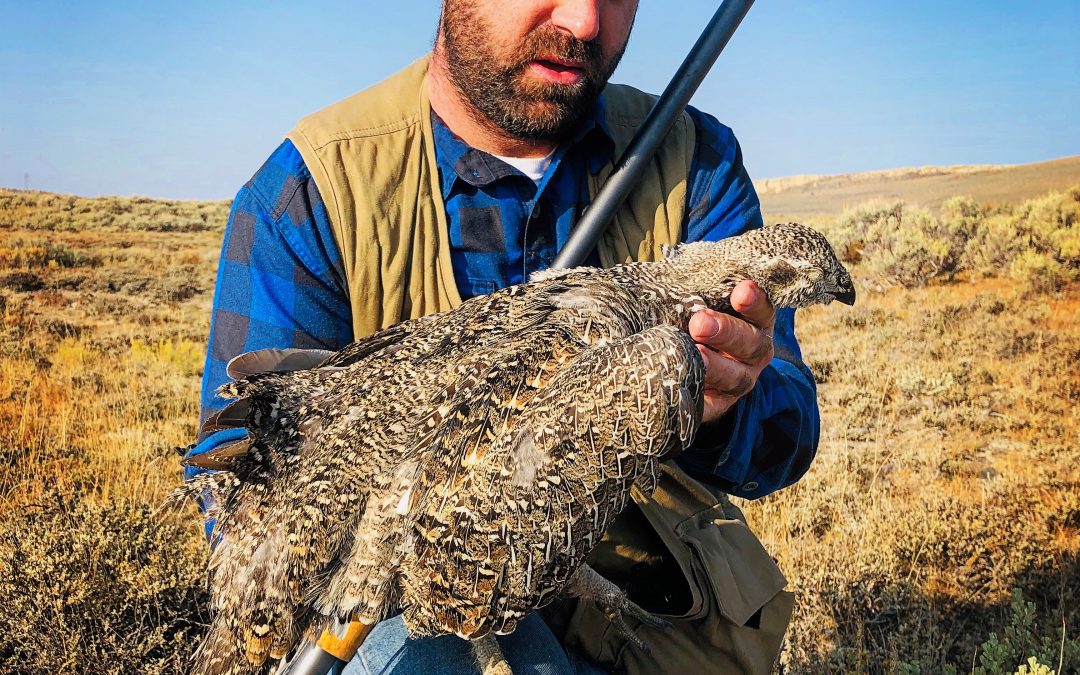 From time to time many outdoorsmen not only fish for fun but hunting can also be a way they can enjoy the outdoors. Some enjoy big game hunting like deer and elk. Some focus on wing shooting of dove, duck and pheasants. We have a man we work with that is an avid upland game bird hunter and he invited us on his yearly Sage Grouse hunt up in Wyoming. This was an opportunity that we couldn’t pass up plus there is some fantastic fishing close by as well. 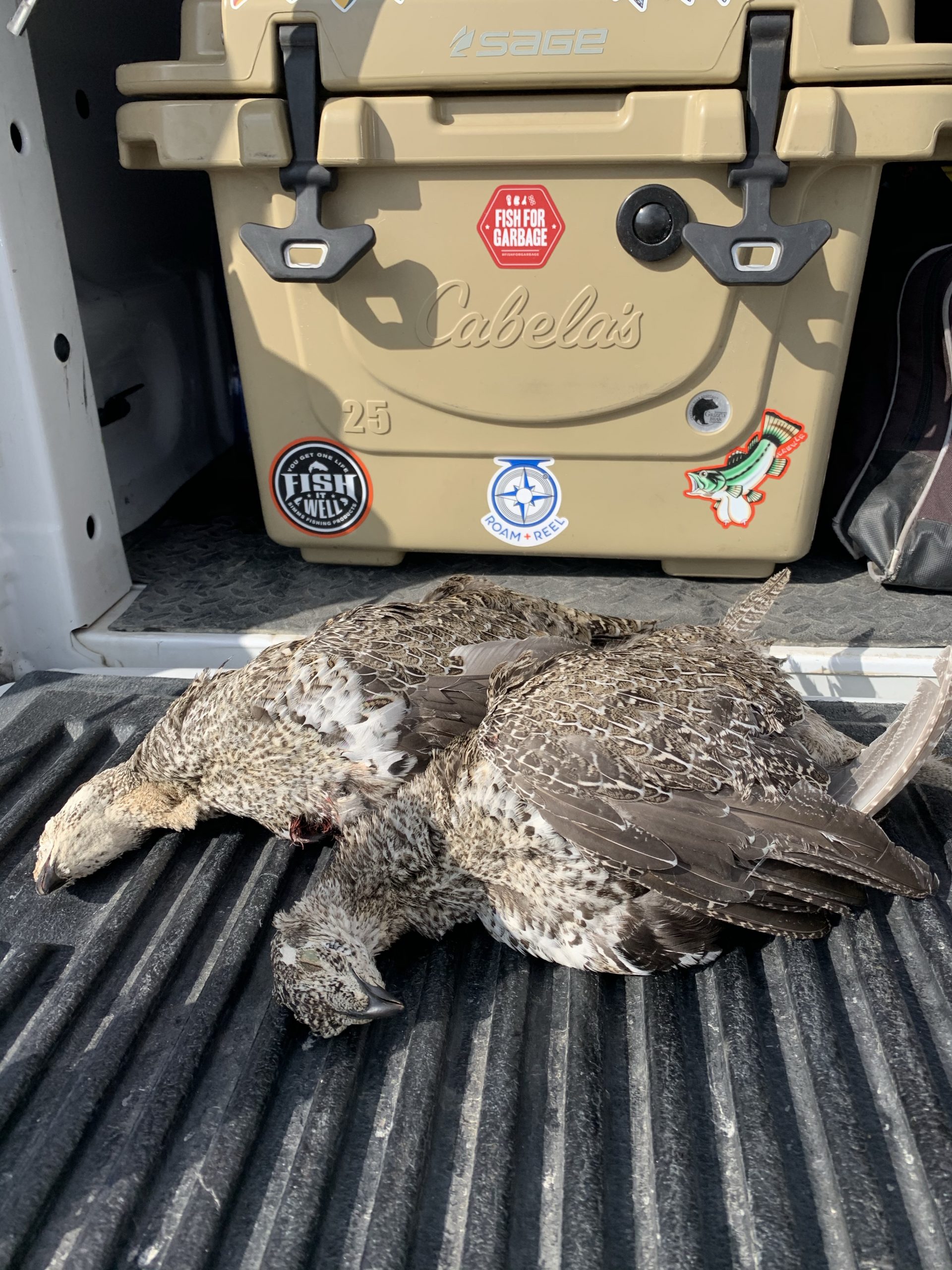 The hunt stared Saturday morning on September 19th. So since we had to get some work done on Friday night so we left at 5:30 am and made the trek to Kemmerer, WY. The Hams Fork River runs almost through town and the Green River below Fontenelle Reservoir is about 30 minutes away if you want to make a combo trip out of it. We met up with our hunting party at one of the motels in town at 7:30 and filled up the tank and the belly at the Maverick gas station in town. We headed NE out of town toward Fontenelle and made a left hand turn off the main road onto a dirt road and drove by lots of snow drift fences and plenty of antelope that were all around us. We parked and right off we saw some flutters in some sage brush down the hill. We got the dogs and went for them. Four guys in our party busted up that covey and ended up pulling two birds out of there. A couple of us watched as the birds scattered and went to try and find the ones that they missed. 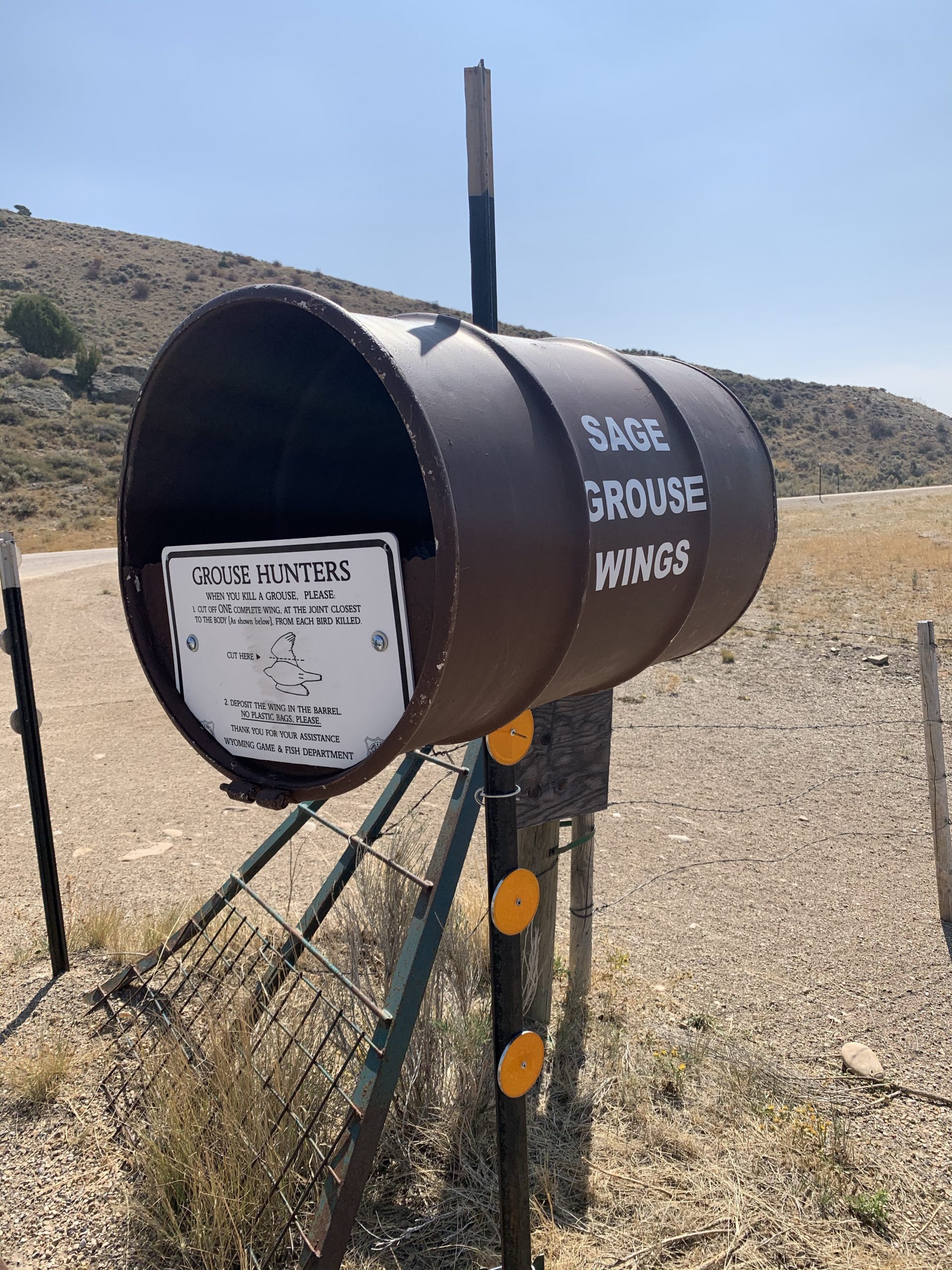 We ended up busting a solo bird out of a willow bush and Zach ended up putting it down with one smooth shot. We reconvened at the trucks after a decent walk because we saw rain clouds moving in and the hunting party wanted to go to a different spot. So we packed up the dogs cleaned a couple birds and headed back toward town and took a right toward Lake Viva Naughton. The road follows the Ham’s Fork River and most of it runs through private land but there is fishing access below the spill way of the lake. Well the rains came pouring in and it didn’t stop raining for a least an hour so being that we got up at 5:30 we decided the was a great time to take a nap. 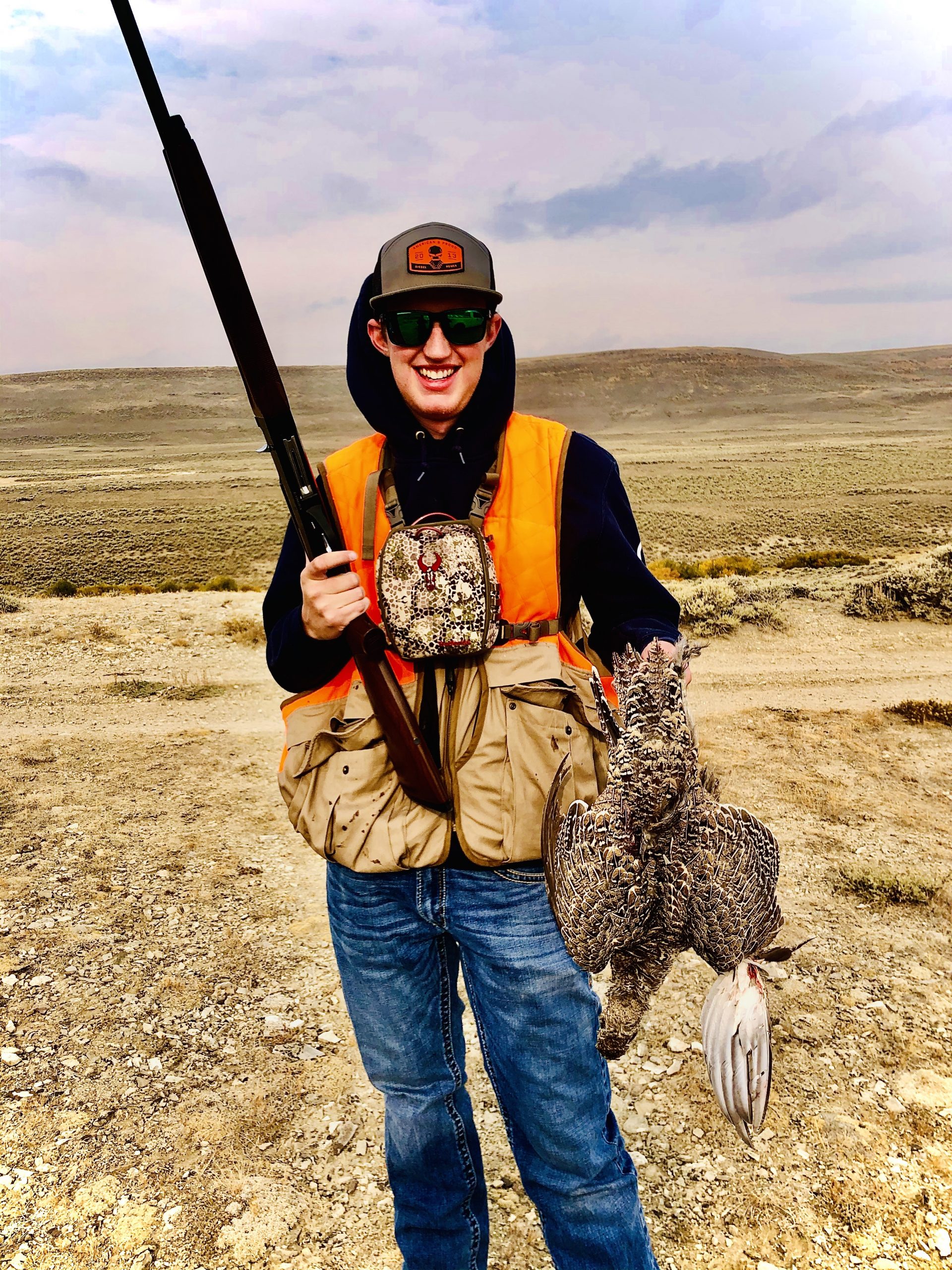 We found a stock tank with water in it and did some roaming around that general area. Marcus went on a hill to go check out an antelope buck he had seen. Well lucky him because a solo bird just happened to pop up and BOOM. Bird up and bird down. We ran into the game warden who was driving the roads looking for hunters and checking licenses. He said that the key was water and if you had a dog the dogs should be able to find the birds pretty easy since Sage Grouse stink. We didn’t find anymore birds that day but retired to the motel and for a steak dinner that hit the spot after a long day of walking. 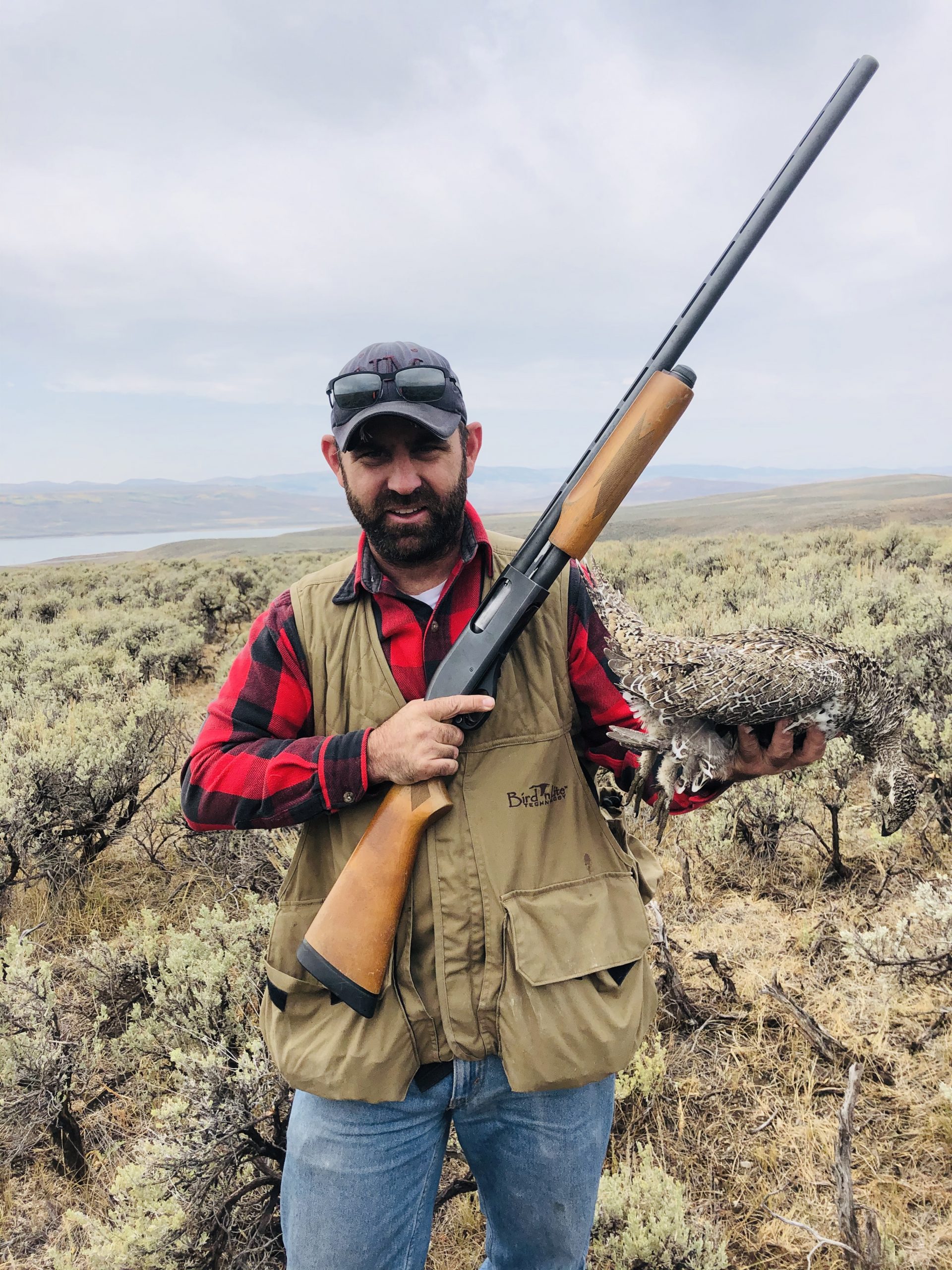 We decided to go back to the first place we had been in the morning the prior day because there was water and we had seen birds the previous day. We started walking and busted a large covey of birds and as they flew several people shot birds. We kept tracking that covey because they just kept flying down the little canyon we were hunting in and we could see where they landed. So Zach got two, Marcus got one and the two other guys with us got two a piece. 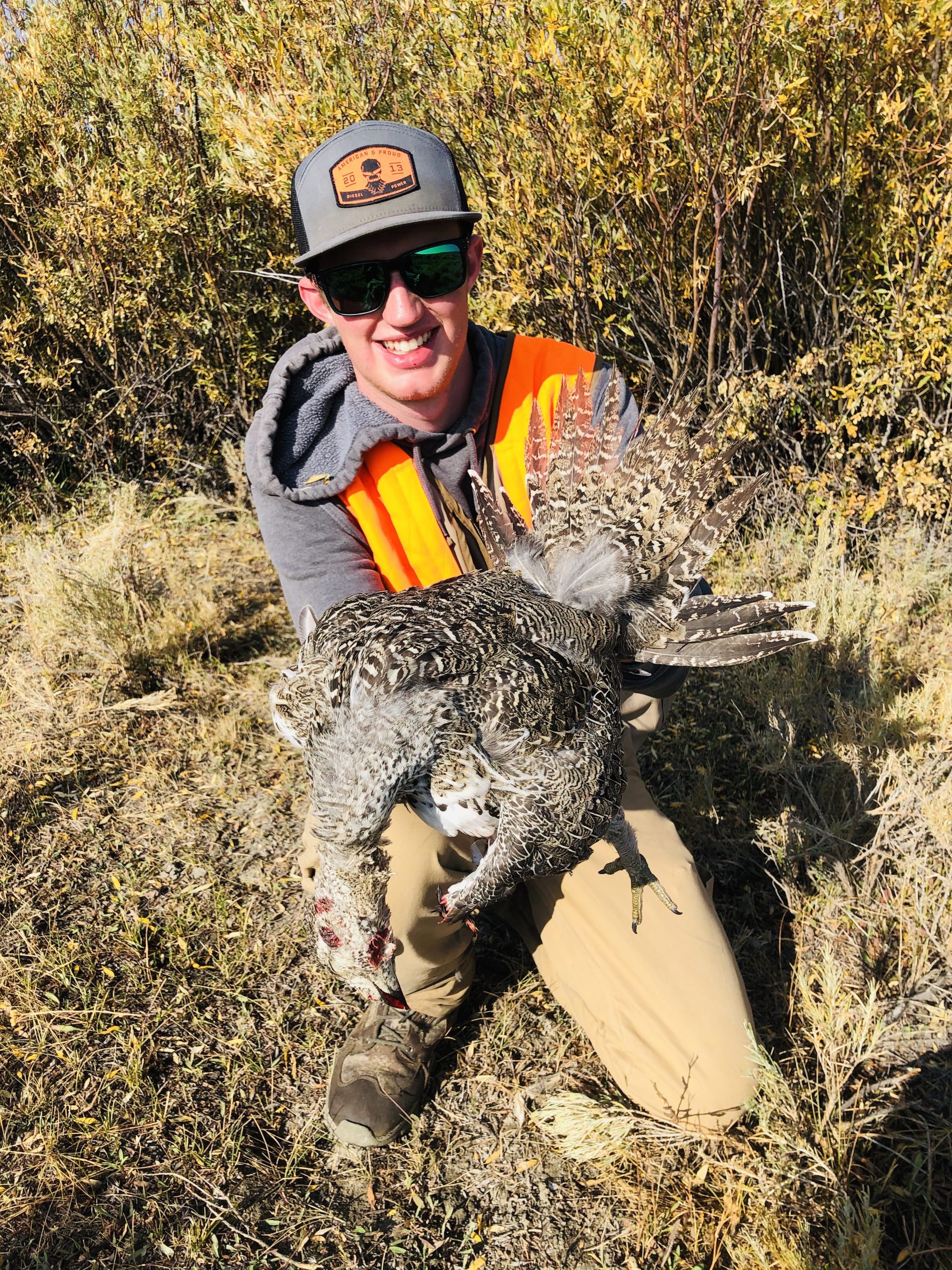 Since Zach had limited out and it was lunch time we made a quick run to Taco Time and then decided to go meet up with Alan on the Green River below Fontenelle. It was the time of year that the Kokanee were starting to come up out of Flamming Gorge to spawn. Well there are some big rainbows and browns that love to eat salmon eggs that time of year. Boy are these fish big and powerful. We had several hook ups where the fish went on a powerful run with head shakes and would snap the 5x almost instantly. Some times they would even bend your hook straight and you’d have to tie on over and over. Once you land one of these giants though and see how fat they are all the disappointment from prior fights disappears 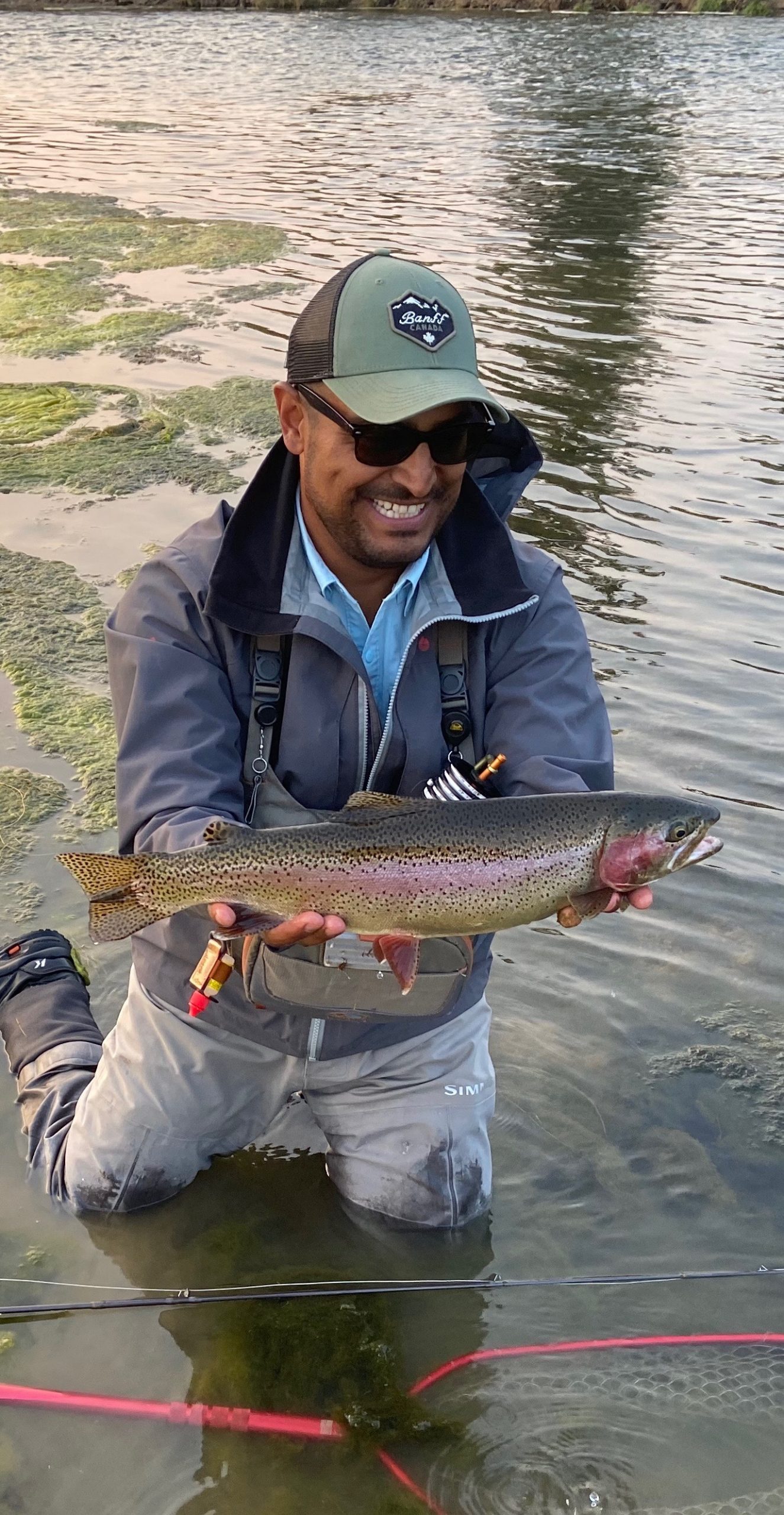 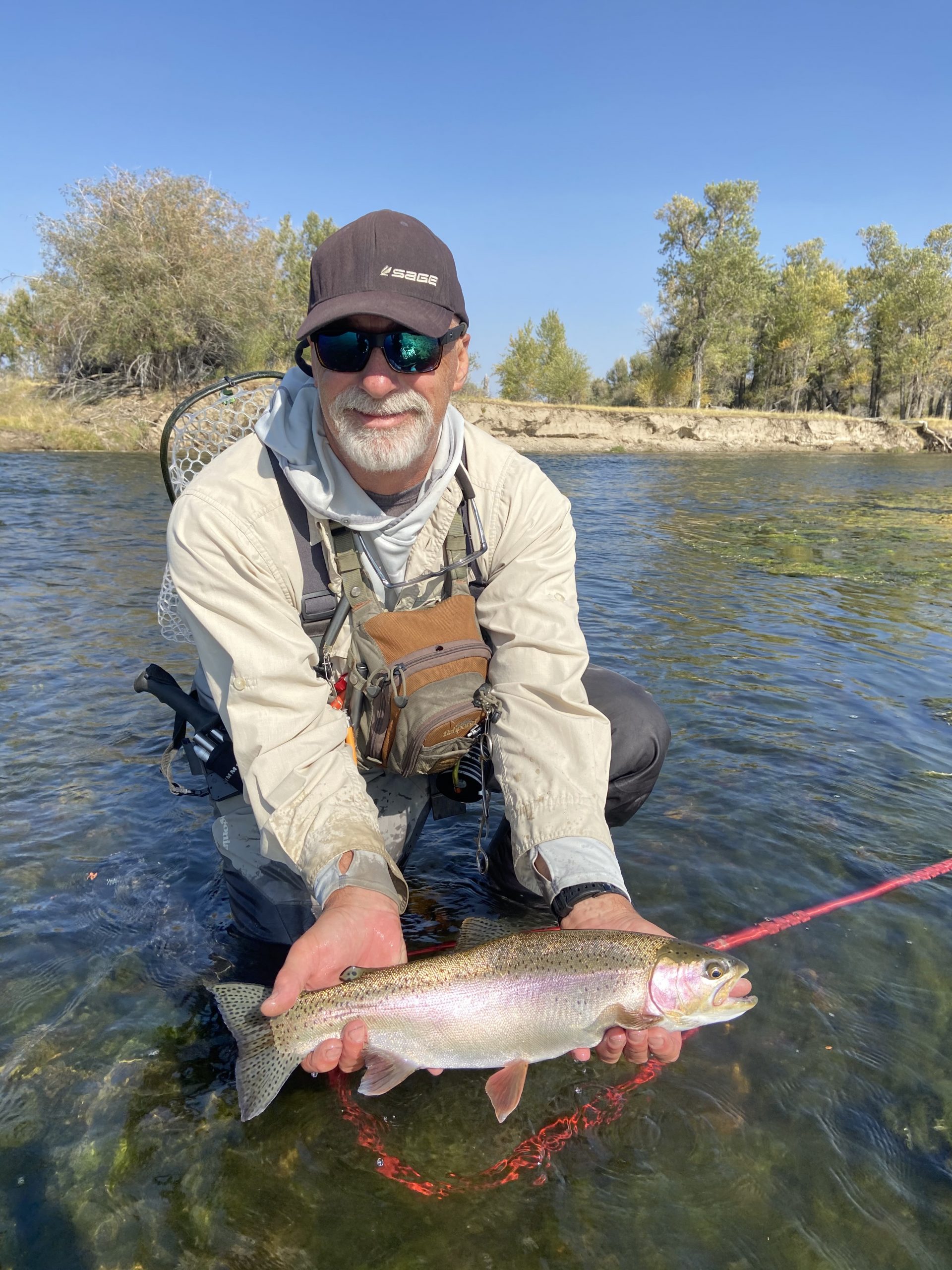