One of the best trout streams in the country has to be the San Juan River in Northwestern New Mexico. Quite the hidden gem at times because not many people think of New Mexico as a destination for a family vacation let alone think its actually in the United States. New Mexico holds a special place in my heart having grown up there for 30 years and learned the state inside and out. If you ever want to take a fishing trip where the water is amazing, the landscape is breathtaking, you see big fish swimming at your feet and you can also get your green chile fix (yes green chile is a plant and is amazing on Mexican food) then the San Juan is the place to go.

My friends and I have been doing an annual trip to the San Juan every year around New Years day for the past 10 years. Although I missed one this is probably the river that I have fished the most times in my entire life. Our Pro Staffer Mike Berlint was the one who actually taught me the ways of the Juan. With no real major airport near by you’ll either have to fly into Albuquerque or Durango (which has a small airport). Albuquerque is probably the best major airport to fly into.If you stay the night in Albuquerque you need to go close to the UNM campus and pick you up a cinnamon role from Frontier.  Out of Albuquerque you’ll head north to Bernalillo and take highway 550 north for about 2.5 hours and you’ll come into Bloomfield, NM hang a right onto highway 64. You’ll take a left onto state road 511 and that will take you into the town of Navajo Dam. The San Juan runs right through the middle of the town. When I say town I mean 3 fly shops some airbnb’s and not many other options. Abe’s is a fly shop and hotel, Fishheads is a fly shop, hotel and restaurant (with some bomb chicken enchiladas). My favorite fly shop though and it is always on my list to do is stop by and see Ray at Float and Fish. He has tons of rental equipment, flies, clothing, nets and even tying material. They can get you set up with the right flies that the fish have been taking.

So after you go see Ray make sure that you also have some cash in your pocket. The quality waters of the San Juan is a state park and you’ll have to pay $5 per day to park at anything within the park. The state of NM’s Department of game and fish spent millions about 15 years ago and brought heavy equipment in to move boulders and dig out limestone to create a fantastic environment for fish. When I was younger it used to be the first 1/2 mile was catch a release then below that for a mile was 1 fish a day 22″ or over. Well that changed to approximately 5 miles worth of catch and release, single barbless hook, quality water.  which really has done a great thing for these fish.

The fish that are there are rainbows, tripliods (sterile rainbow) and brown trout (even if you are not in the quality water please release the browns because they are not stocked and its a naturally producing population and you might get run out of town by the guides). The quality water starts at the base of Navajo Dam and stops at crusher hole which is where most of the guides pull their drift boats out. If you’re looking for a float contact Jermey Nolan with Heads Up Fly Fishing (970)-946-9313.

The first day we decided that we wanted to start fishing in the braids. So we parked at Texas Hole parking lot and walked into the river right at Kiddy Hole. I suggest walking right passed Kiddy Hole because it is probably the heaviest fish pocket on the river and can get congested in the summer month. We walked into what’s called the K2 and worked our way up the braids section hitting ripples and pockets. Till we got to the top of the braids and Brandon wanted to fish what he calls “Andy’s Hole” because our friend Andy pulled a monster brown out of there a couple years ago. 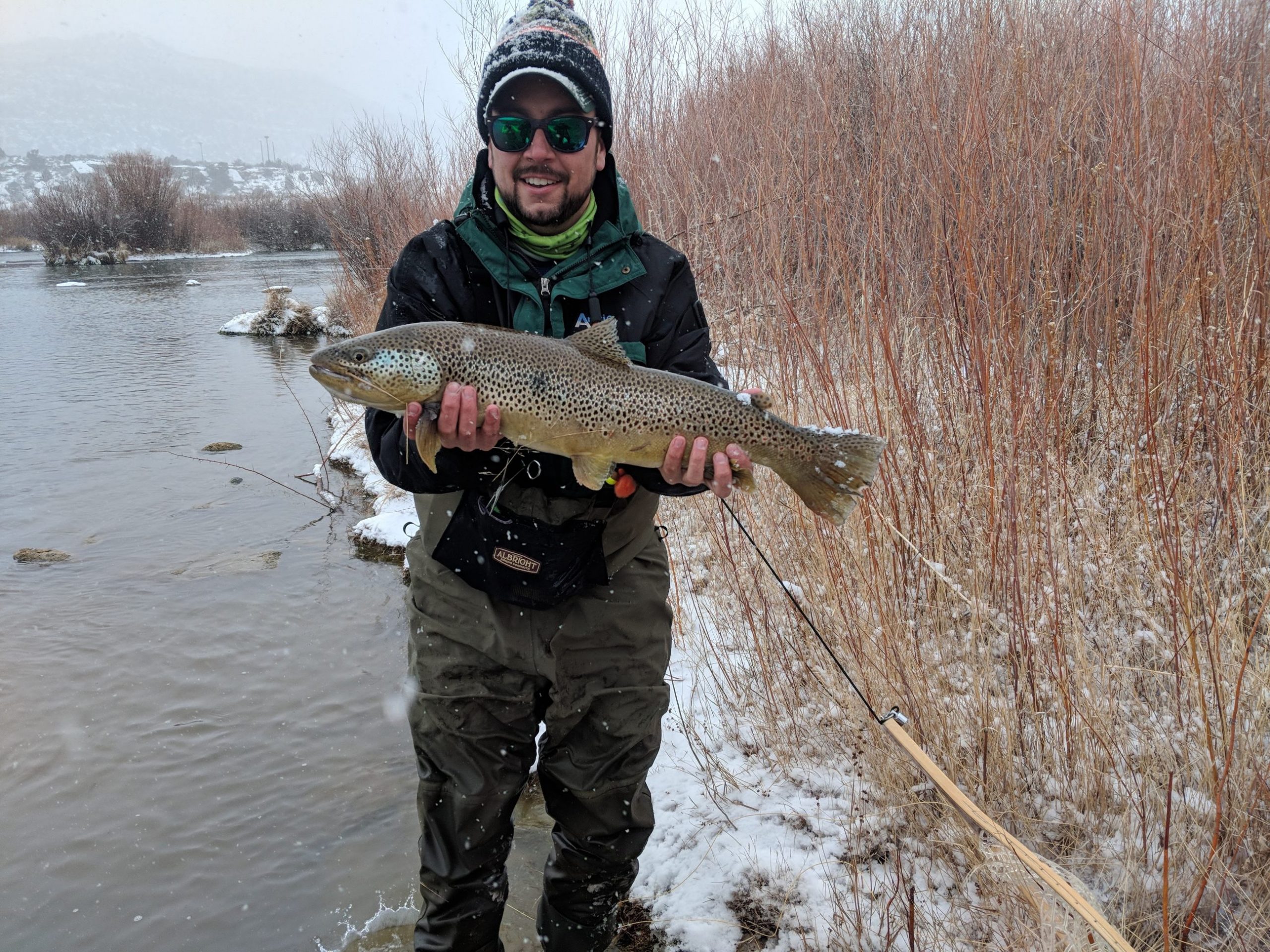 You could spend an entire day throwing into these hole and pulling out anything from 12″-24″. The nice part is you can even get into some dry fly action and see actively surface feeding trout munching midge clusters. Ben actually loves dry fly fishing and will stubbornly commit to dry fly only the entire day but there are times where this has paid off for him and he comes away with a good fish. We spent the first two day working our way from Texas Hole to Cable Hole and coming away with a decent amount of fish in all shapes and sizes. 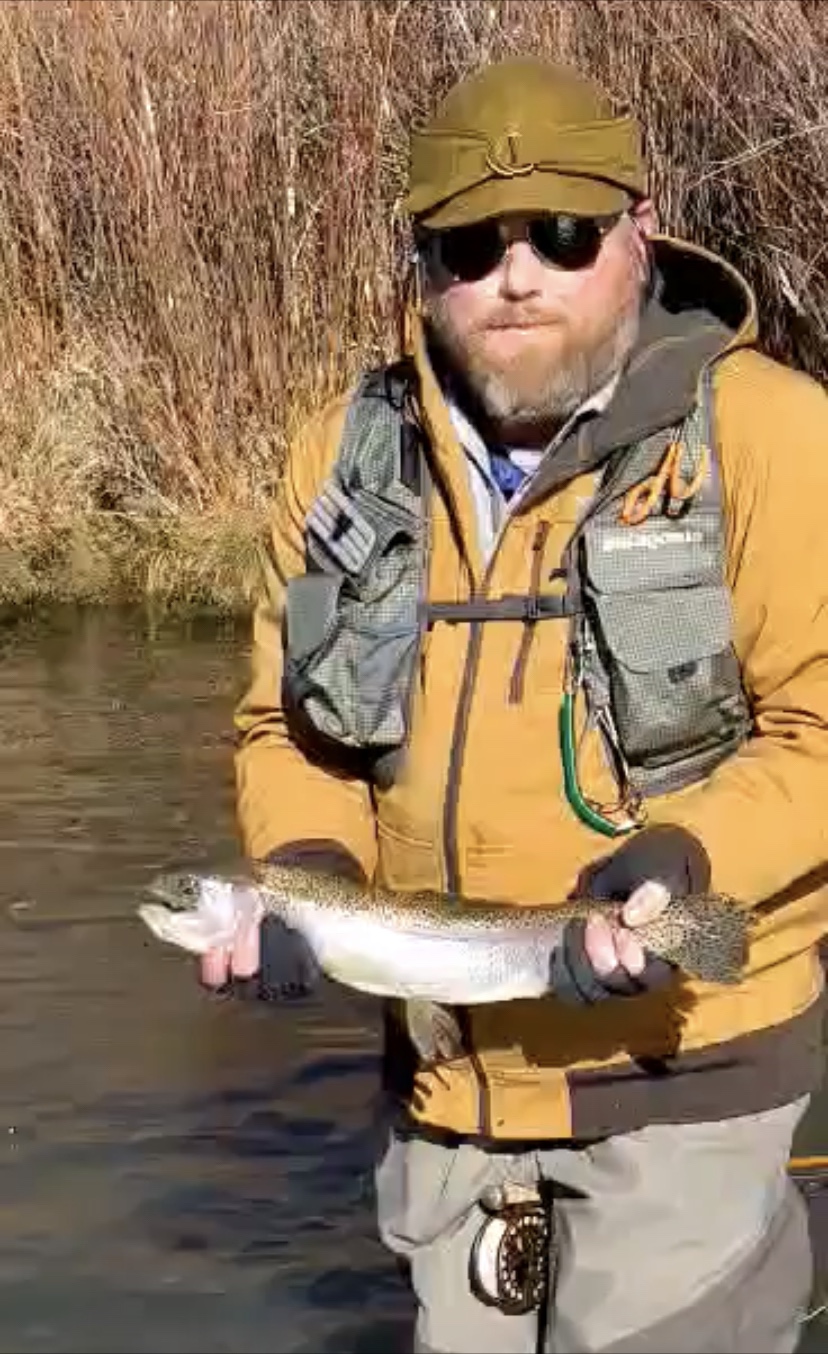 Well on day 3 Brandon and Ben had to take off because instead of hooking up the solar system to Brandons house the Electric Company disconnected the electricity of the house. So since I had planned a couple more days up there I went on a solo mission. I hit the dirt road toward cottonwood campground and parked at Simon. I walked up stream past death row and got into the Betis Bend area. There was plenty of action from dries on a parachute adams to nymphing with zebra midges and leeches and even some takes on a streamer. I was running a tan shammy leech and ice cream cone zebra midge and doing quite well 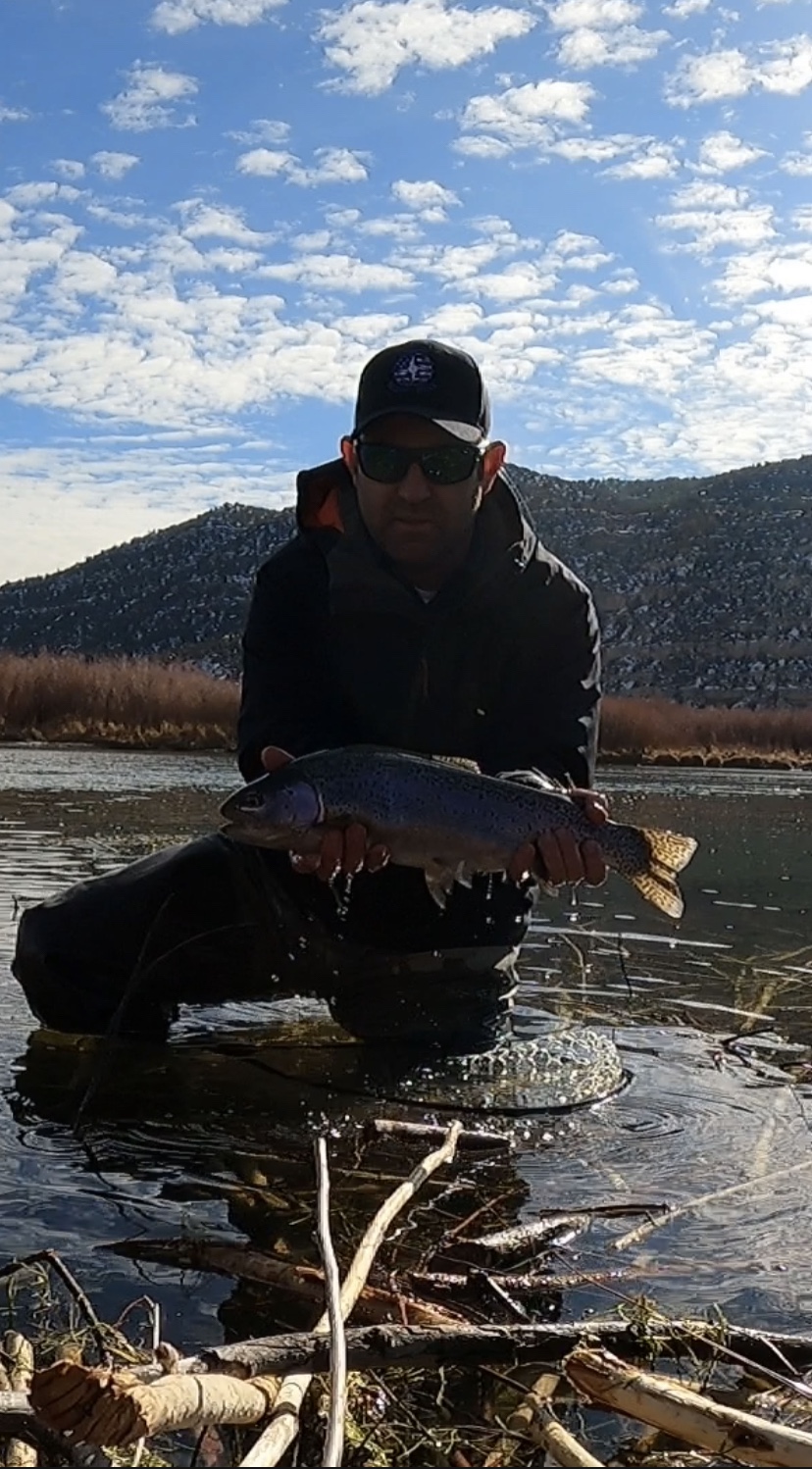 So the following day I decided to park at Munoz this time and pay the $5 fee so I wouldn’t have as long of walk up stream. The crappy part about here is there is a maze of salt cedar tunnels that you have to make your way through to get to the river. It was quite nice because I saw maybe 4 people on the water most of the day. I had broke off my last shammy leech the day before so I ended up switching to a tan bunny leech  and the ice cream cone and was doing even better. 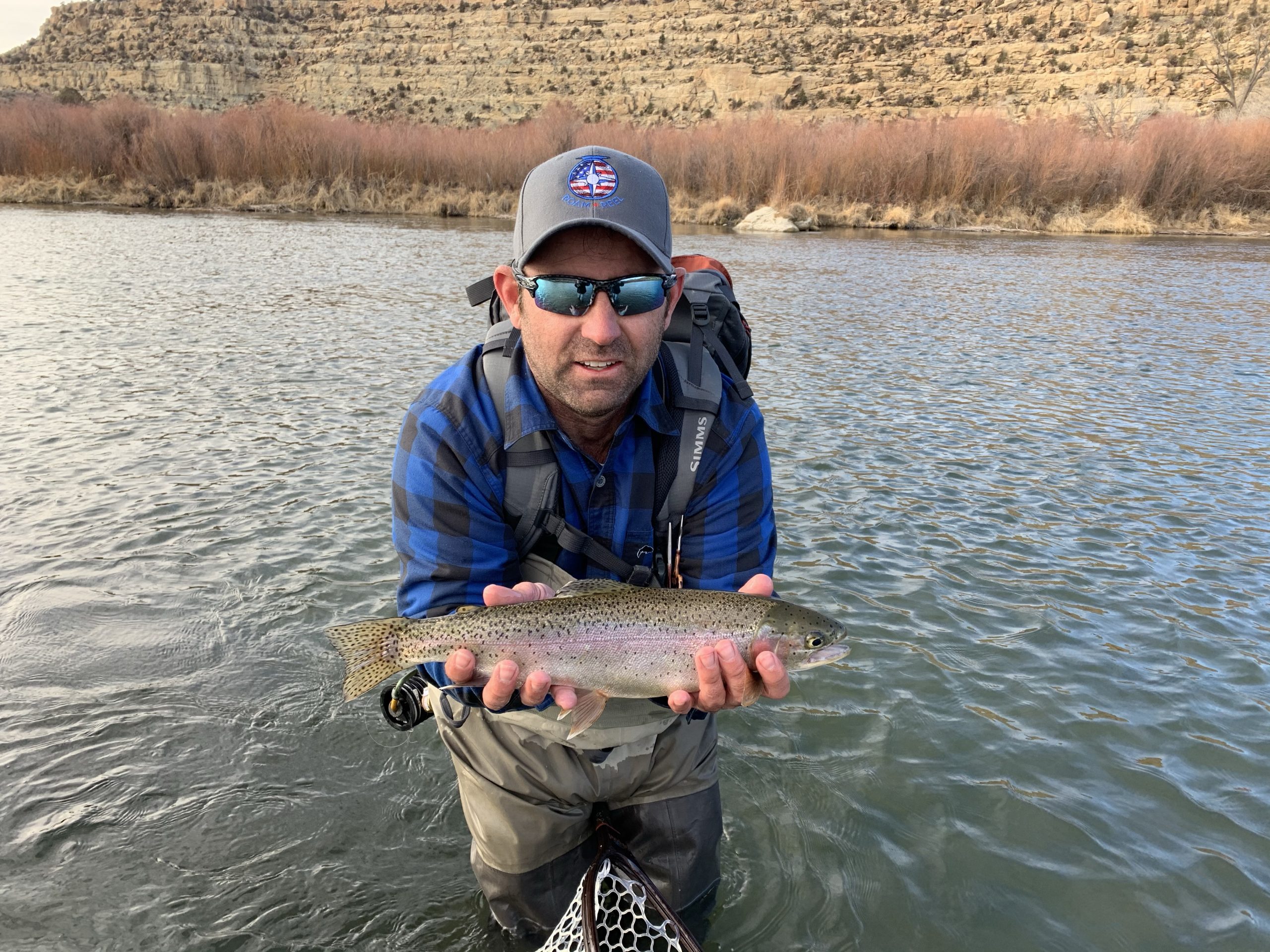 As the sun started to sink over the horizon I couldn’t help but sit back and enjoy the scenery that the San Juan has to offer before I had to find my way back to the truck through the maze. I couldn’t believe how I had missed this place and the people who meet me here. The special place it holds in your heart and memories it has had. If your ever looking for top notch fishing with a large population of big fish then this is the place to go. If you want to check out our adventure we have some of it up on our YouTube channel