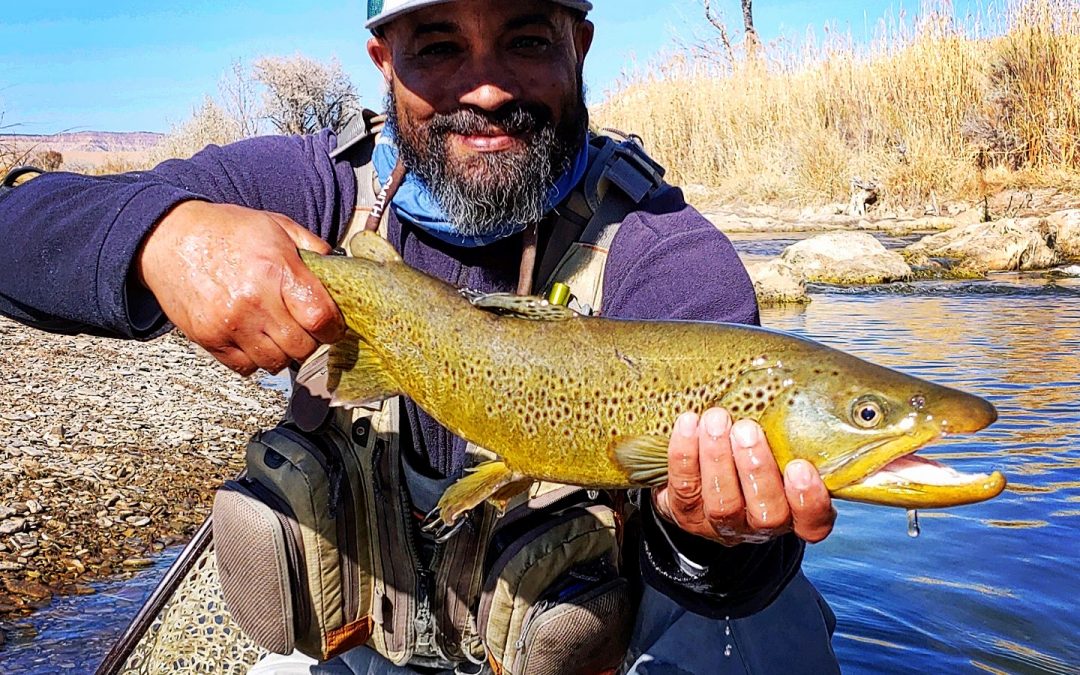 When you hear the words Strawberry in the state of Utah you think about Kokanee and Big Bonneville Cutthroat Trout. You think white tube jigs and crowds with crowds and a day on Strawberry Reservoir. Well that is about to change ladies and gentlemen. Let me introduce you to the Strawberry River. This river flows into Strawberry Reservoir, the out of Soldier Creek Dam and in to Starvation Reservoir and out through the town of Duchesne. If you are chasing some big browns thats the place to go. If you want these fish don’t fish the head waters though fish from the dam at Strawberry into town. 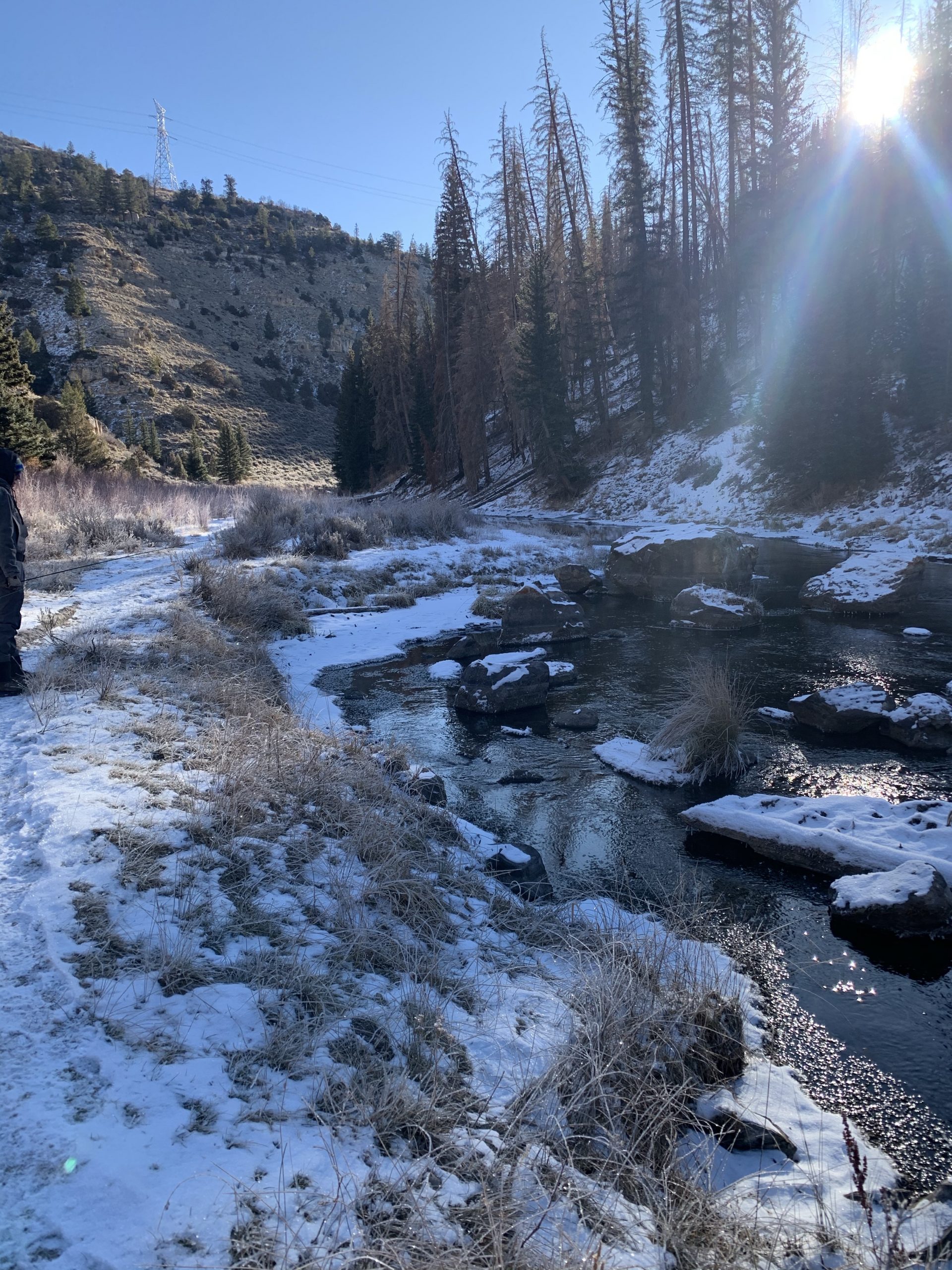 From Salt Lake City you will need to find the best way for you to get to Heber City which is on the back side of the Wasatch Mountains. Out of Heber City you’ll find highway 40. That road will take you directly to Strawberry Reservoir. The Roam and Reel crew decided to try and fish the river in several different spots and trying to see what areas might be best to fish. We did this later on in the year and it seems that wasn’t the best idea for several reason. Reason number one, the browns had started to spawn and you could see them starting to create RED’s ( spawning beds in shallow water). We don’t fish those because we find it a bit unethical to disturb a fish trying to reproduce and they expel a ton of energy and the last thing they need to have is a hook in their mouth taking more energy out of them. Reason number two, most rivers are managed for agriculture not fishing and since it was such a dry summer all the dams were shut off and flows were little to none in some places. 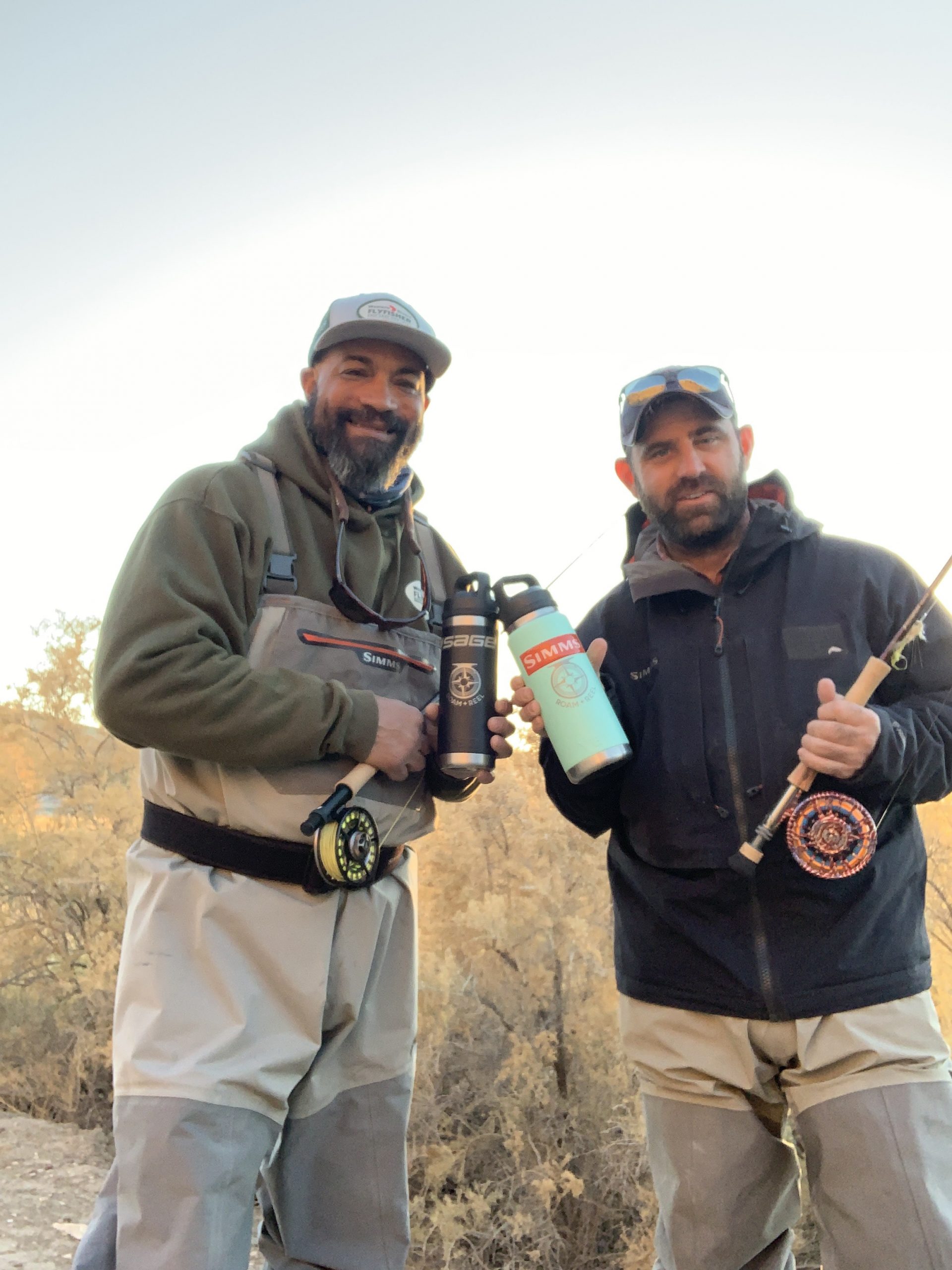 We started our adventure right below Soldier Creek Dam that comes out of Strawberry Reservoir. We went down a winding skinny road and parked right by some bathrooms at the base. Flows here weren’t good and there are several beaver dams and lots of moss that made nymphing very difficult. We put in some time down stream but the stream seemed to be less fishable the farther down we went only catching one fish on a streamer. We headed back toward the dam and we saw more fish closer to the dam but they were very spooky and the moss made it hard to target them. 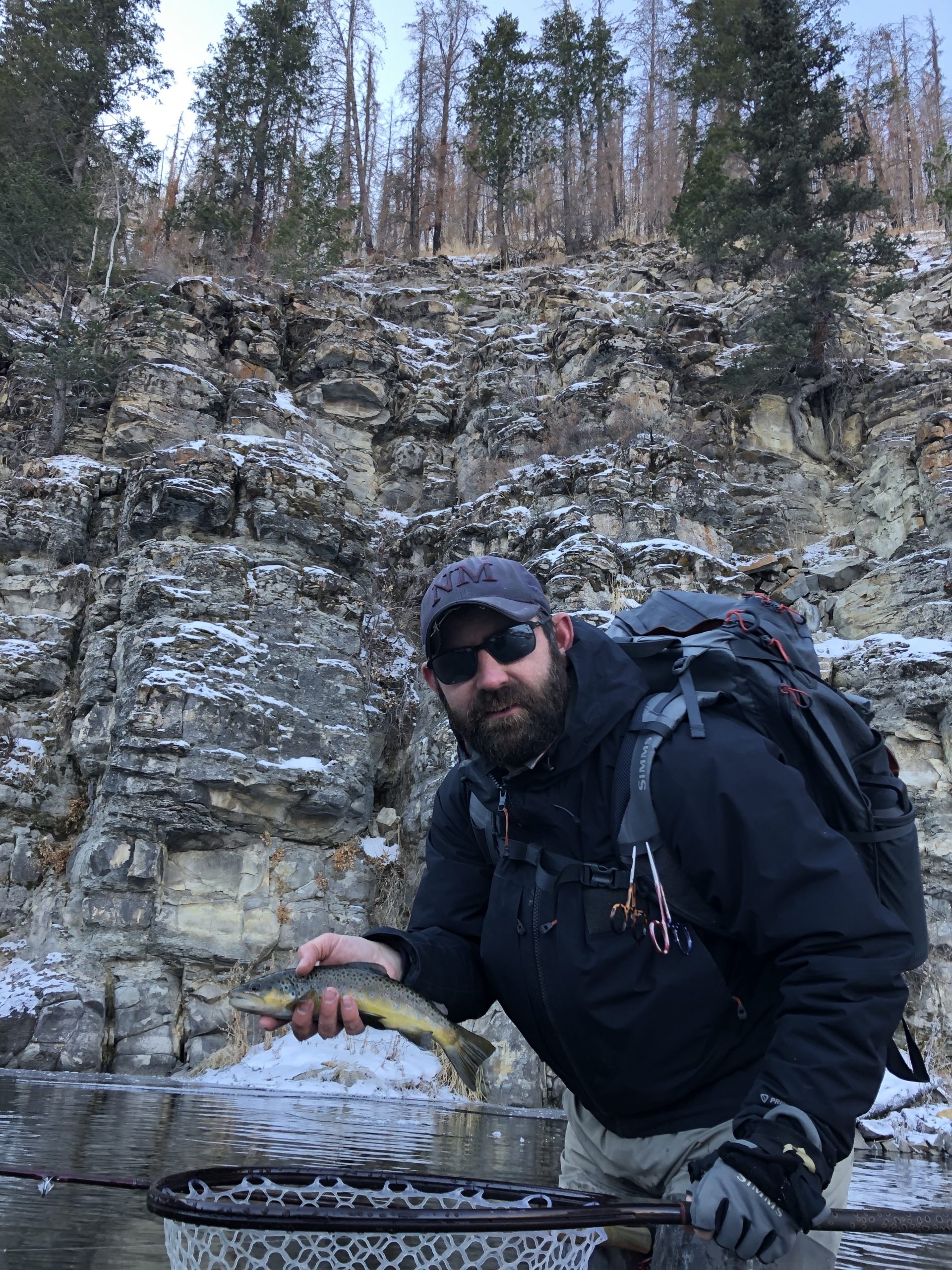 At lunch we decided we would head into the town of Duchesne and parked at the fair grounds. There is a path that follows the river there with handicap accessible fishing spots with a couple nice runs and there are actually fish in there but nothing of significant size that we discovered. 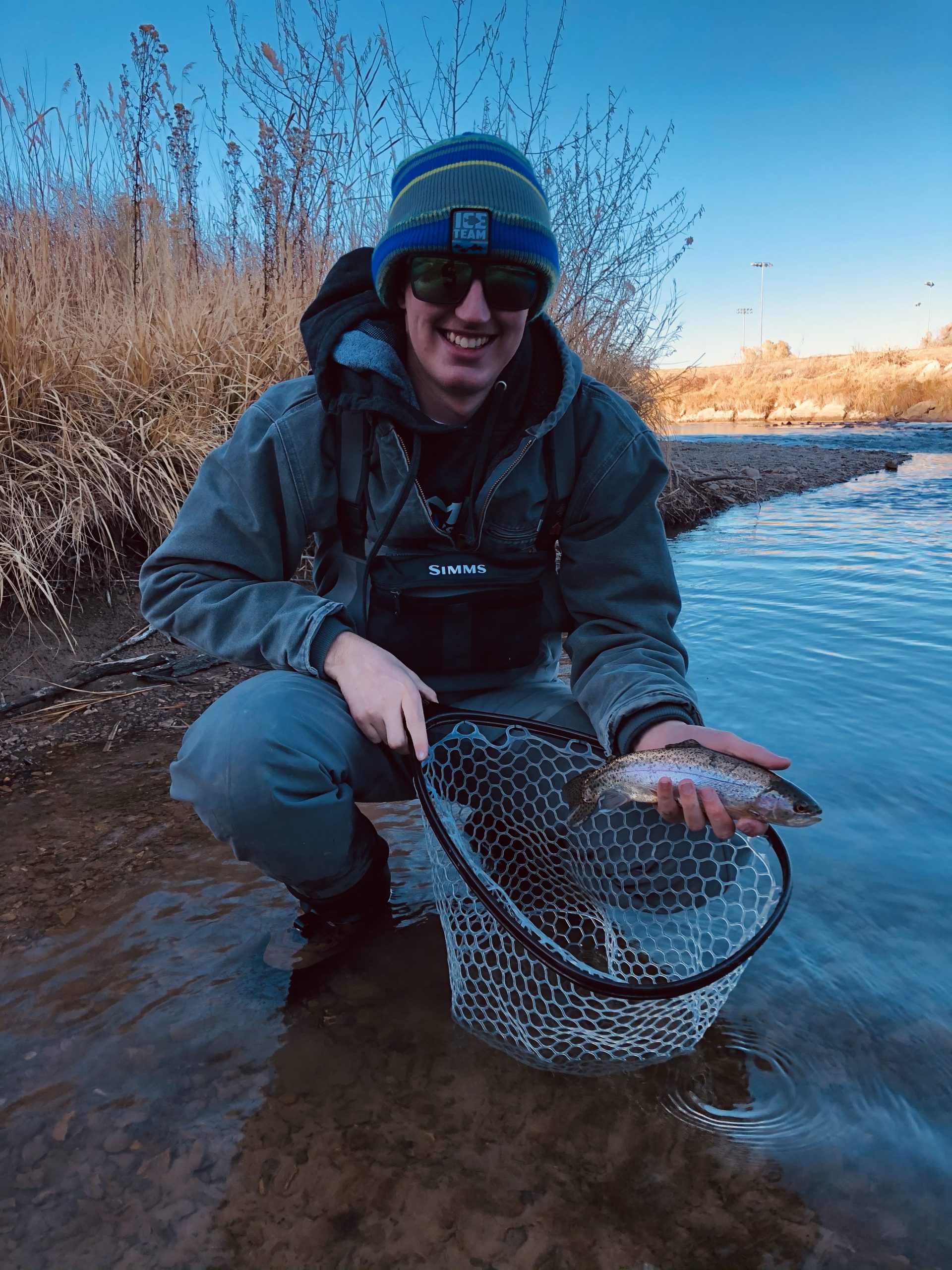 We then decided to head below Starvation Reservoir. This is where things get tricky and you have to pay attention. We turned at the Sinclair Gas Station and drove till we hit the river. Right at the bridge there is a dirt road that takes you along the river. (here is the tricky part) Make sure you have OnX on your phone because part of the river is on Reservation land and you’ll need a Reservation license ($40 per year) to fish part of the river. If you drive up that road father you’ll hit a dead end gate with a parking lot on the right hand side. There is a little green gate you can open and walk to the river from there. 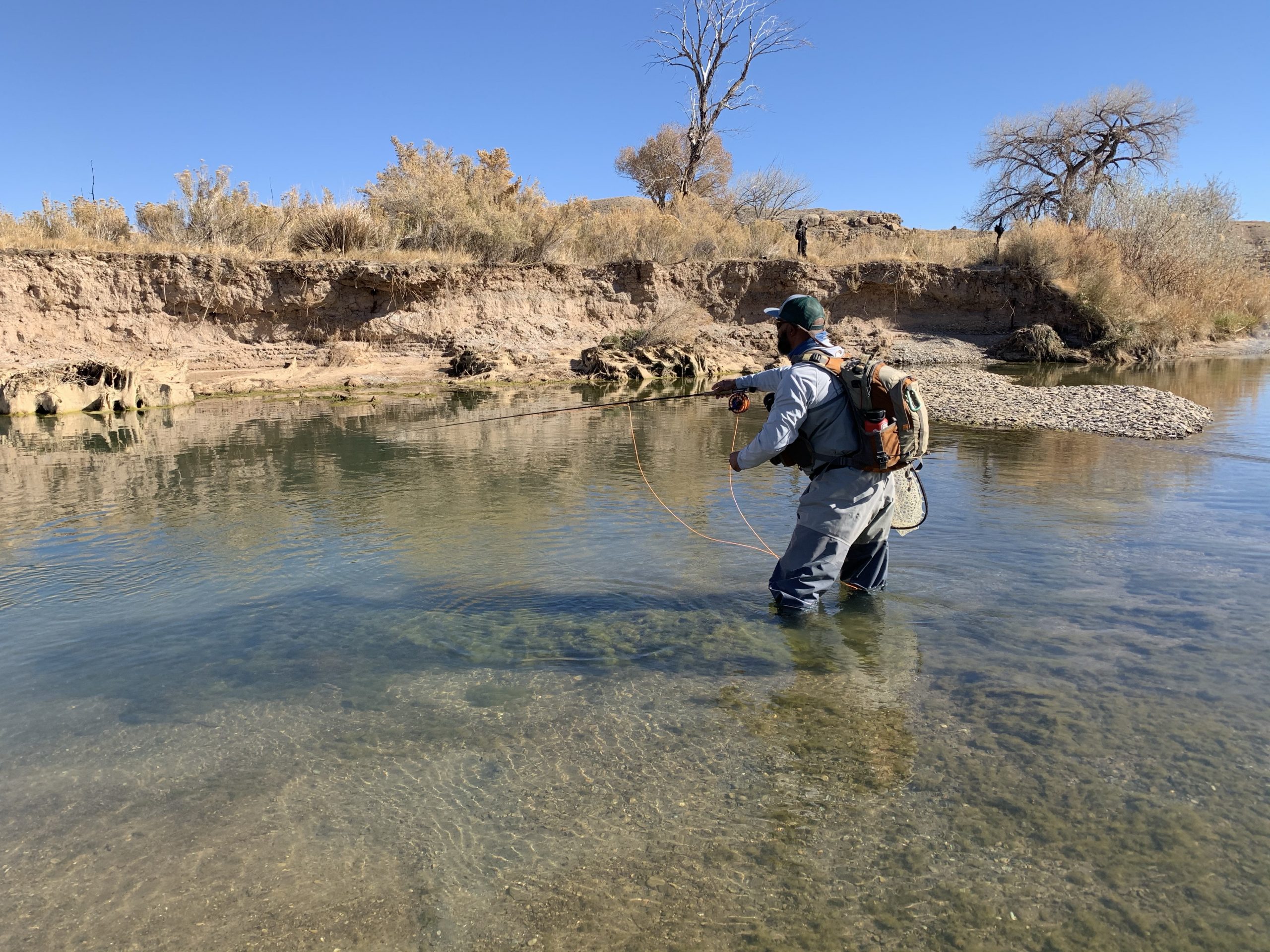 Once you are able to access the river there are pockets and pools of plenty in this area. We could visually see the reds all over the place and see browns darting off of them as we were walking by. The size of the fish on them are very tempting but please, leave the reds alone. Its not illegal just unethical in lots of peoples opinions. 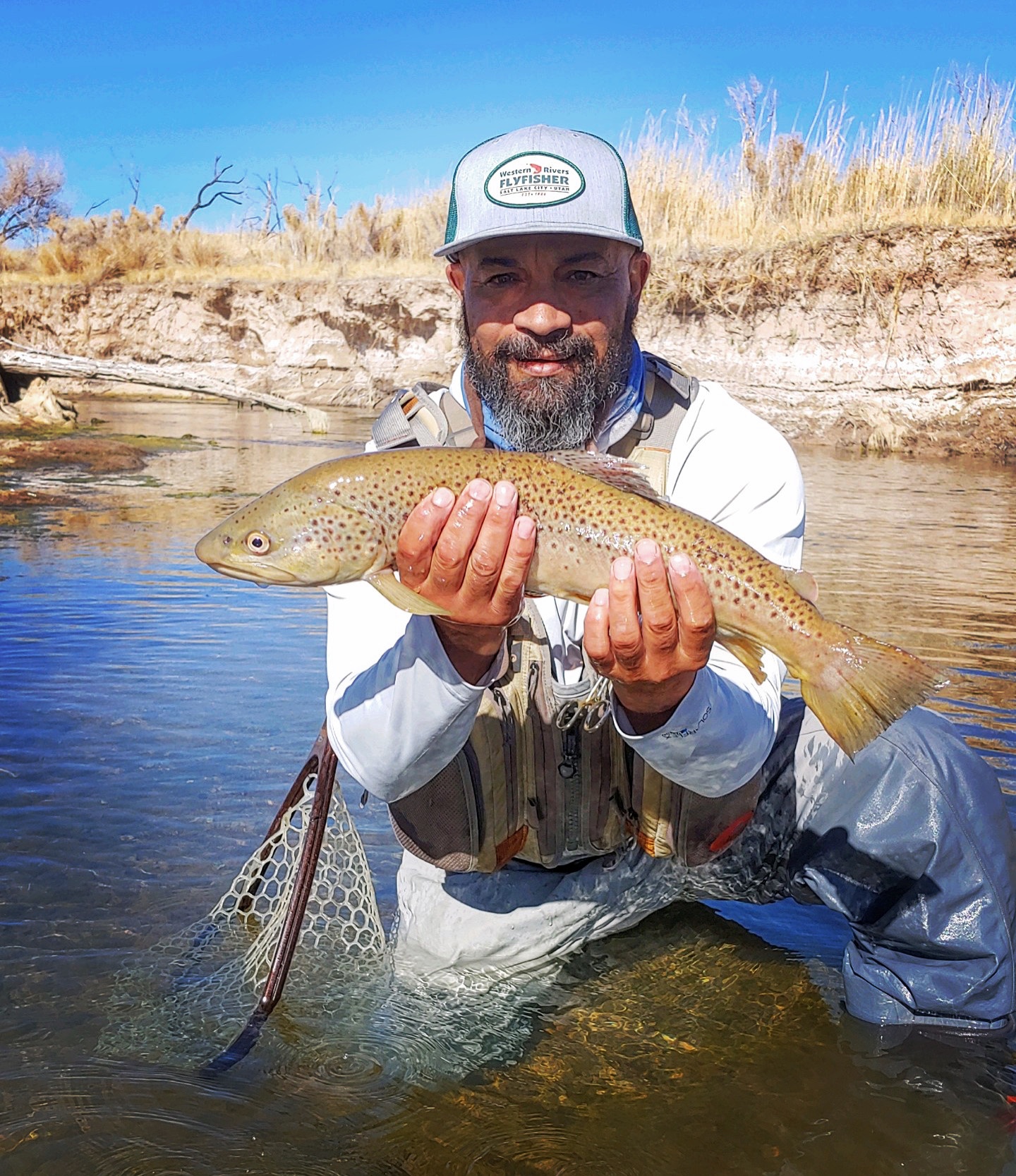 This time of years most of our luck seemed to be on a bigger articulated streamer. Once we found a pool with some running water into it, it seemed like game on, fish on. These fish were not like the guys we caught earlier in the day. They were big, more hungry and a lot more likely to give you a good fight. Make sure you take a good net man with you 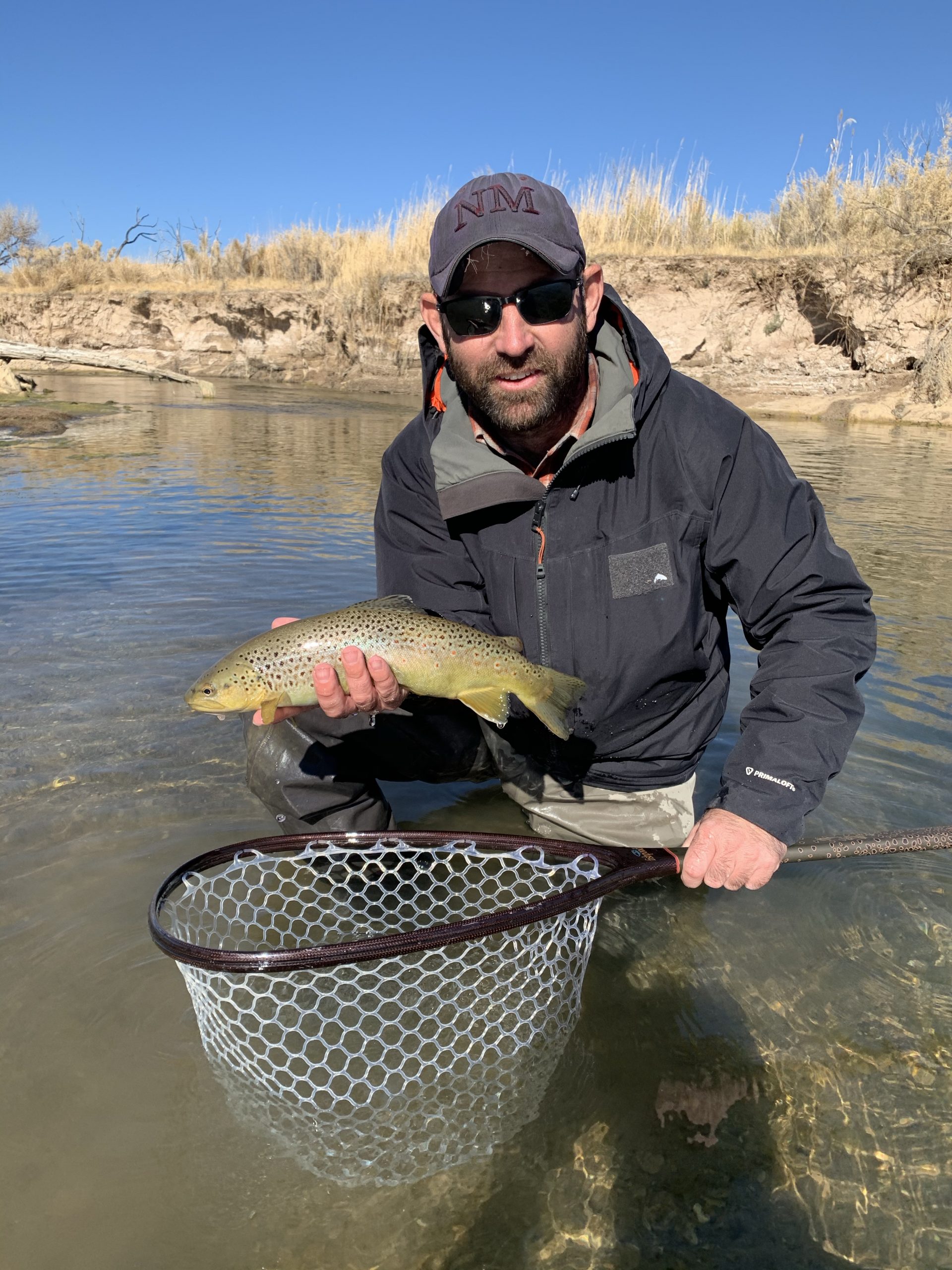 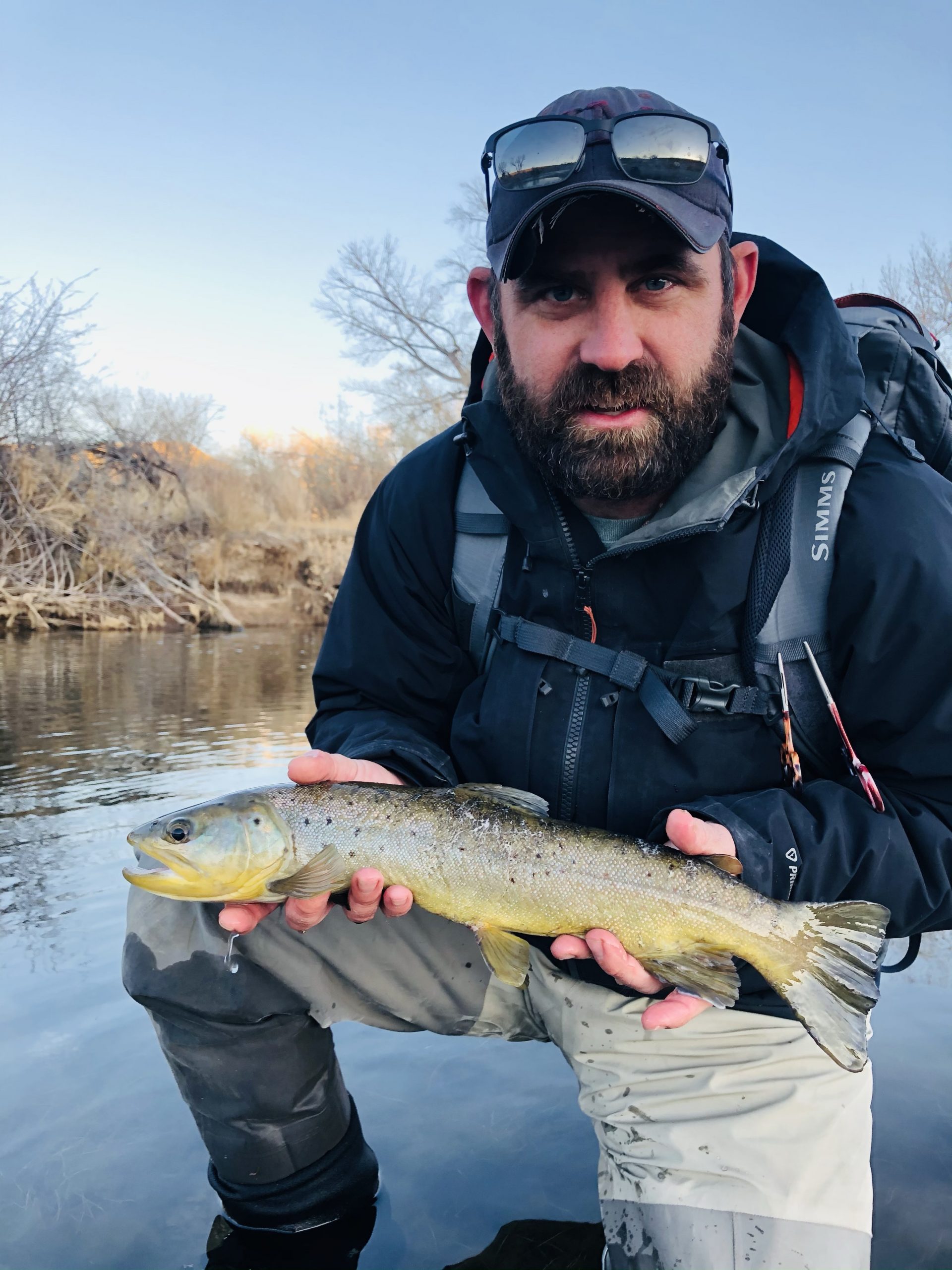