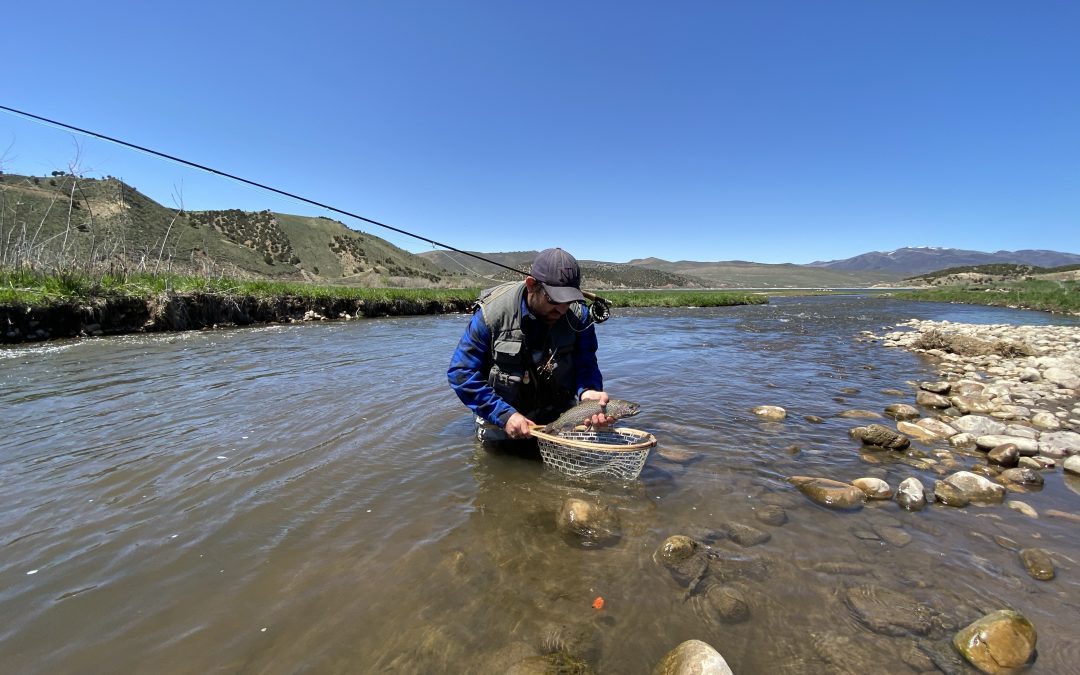 Some of the hardest times to fish is April and early May. Partially because you’ll never know if it’s going to be cold or so hot that all the snow on the top of the mountain is going to be melting and turning the river into chocolate milk. Some of the best places to fish during this time are tail waters, ice off on reservoirs or maybe you can find a river that has cleared up just enough and has some spawning rainbows leaving a reservoir to find a mate

We were just lucky enough to find such a river that was clear enough during the run off and had some nice sized fish in it as well. We decided to see how the Weber River flowing into Rockport Reservoir was looking on a sunny day in early May

There is a small portion of the Weber River that runs into Rockport that is public land. Once you cross the bridge on the main road most of the land becomes private. Basically from the mouth of the reservoir to the main bridge is all public fishable water. As soon as you get past the lake there is a turn off toward a campground. Directly off the turn off before you hit a bridge is a small dirt  parking area that allows easy access to the river. There are quite a few pockets that are easily fishable and even several areas where you can find some big fish hiding

During the run off it’s always a challenge. We were hoping to catch the rainbows in a spawn so we ran a two fly rig. On top was an egg pattern and on bottom was a San Juan worm. Well it seems like we chose the right fly because we were the only people that day actually hooking into fish. Total that day in only a couple hours we were into over 10 fish. All all them between the mouth of the lake and the small spillway right before the camp ground bridge