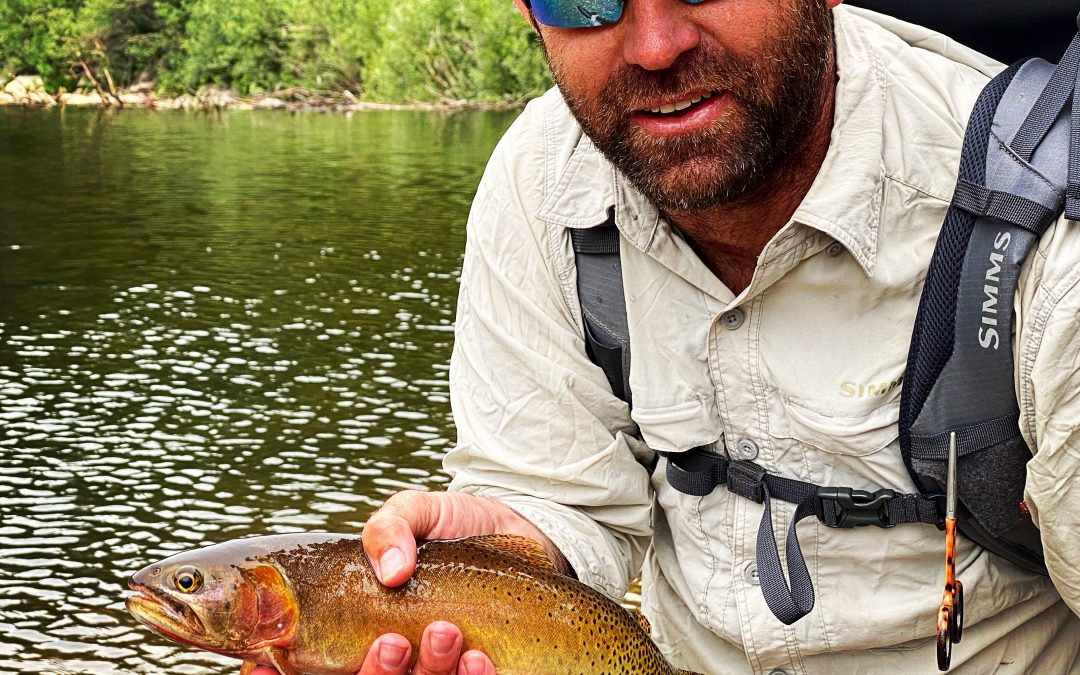 The Western Native Trout Initiative is a conservation organization that focuses on the restoration and survival of native trout throughout the Western United States. To bring light to their cause they started a fishing challenge that involves traveling throughout the western part of the country and targeting specific species of trout in their native ranges. Native ranges is the key words here because in Utah we have trout that are native to other states, such as Golden Trout (California) and grayling (Alaska). Utah is not the native range of either of those species though. So if you catch those in Utah they would not count toward the challenge. The Challenge has three different levels Expert, (catch 6 different species in 4 states), Advanced (12 different species in 8 states) and Master (18 different species in 12 states). 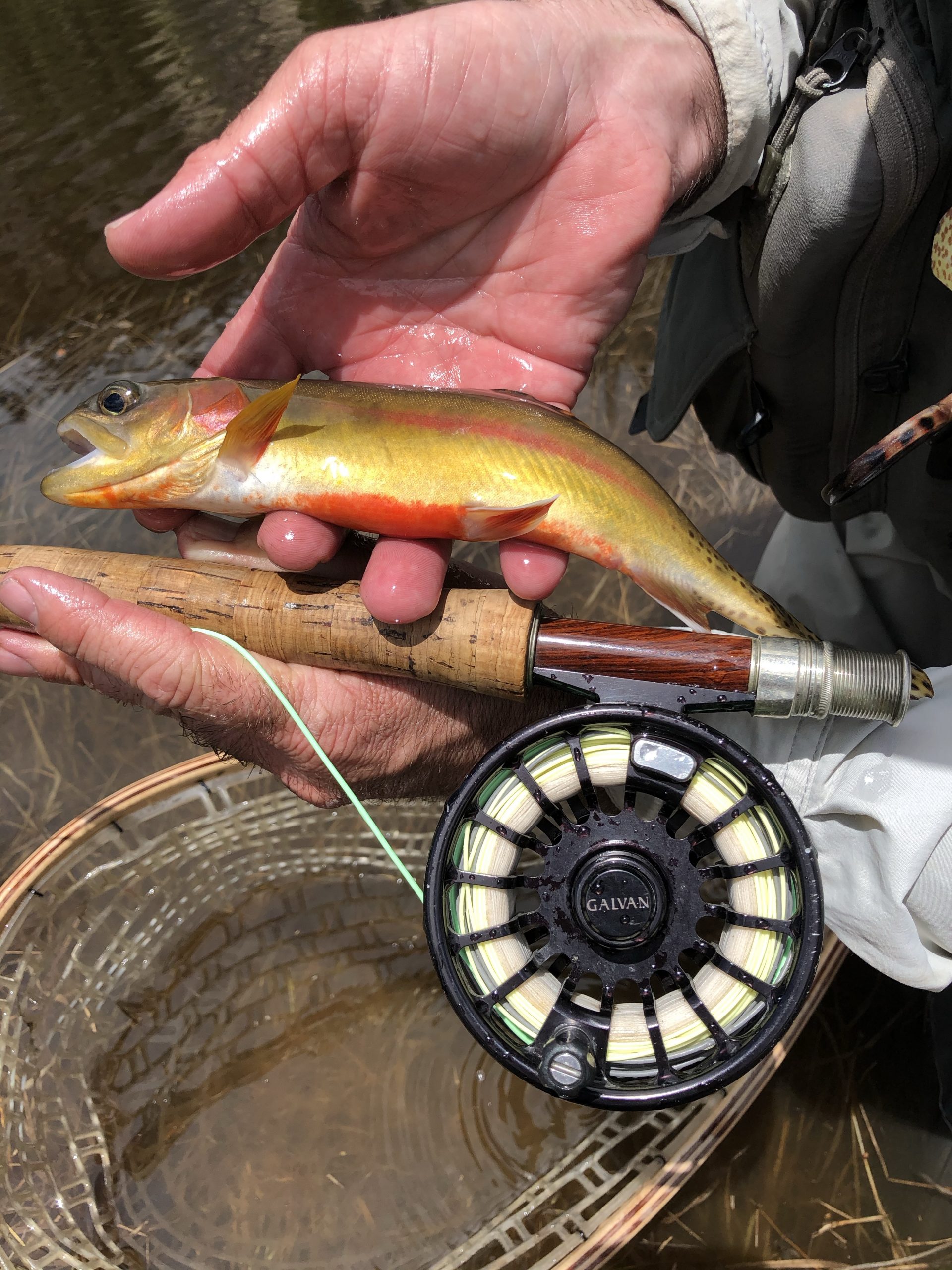 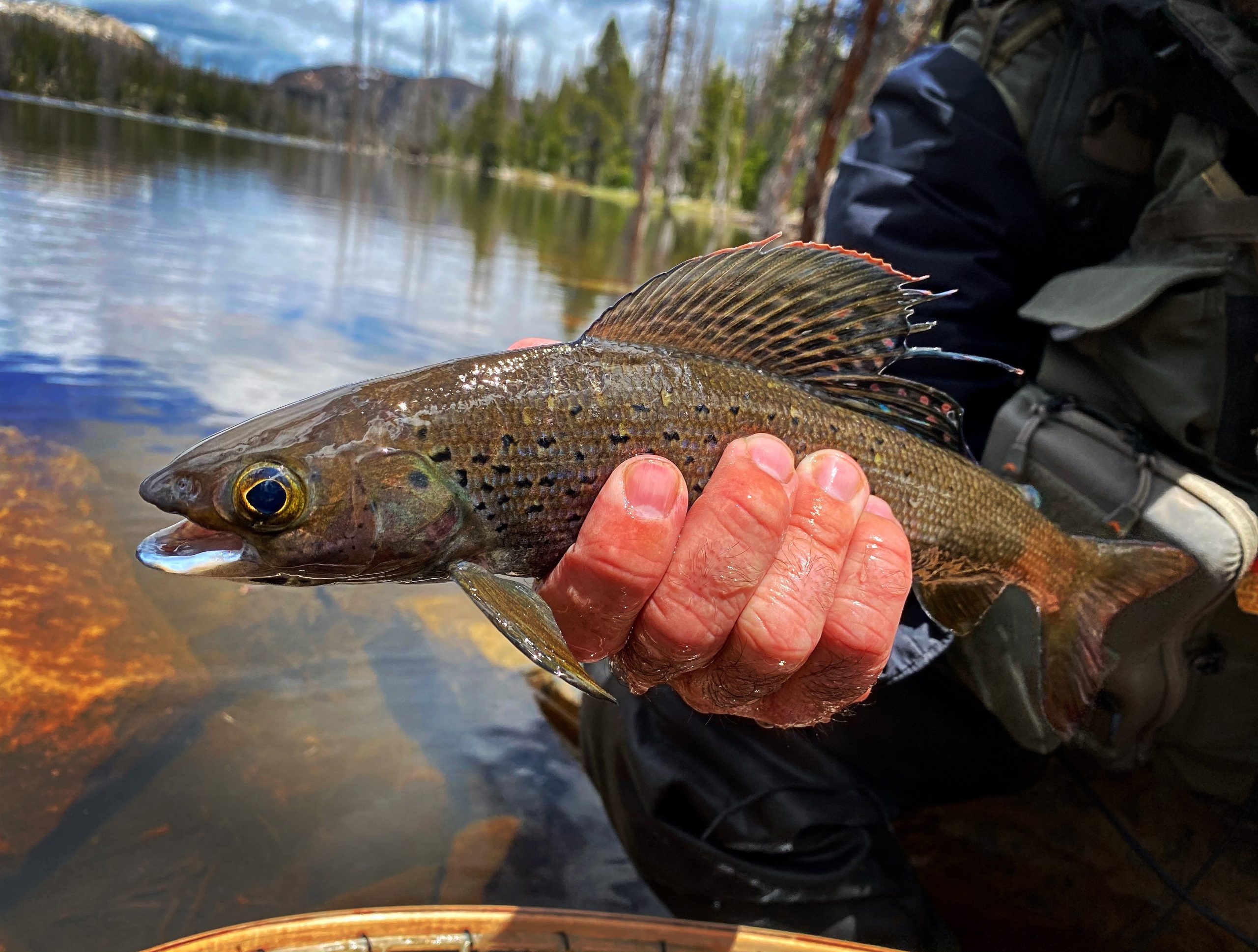 Of course to start the challenge we started in the state of Utah since that is where we are currently living and I could knock out two birds with on stone by also doing the Utah Cutthroat Slam at the same time. So the two fish that I counted out of the state of Utah were the Yellowstone Cutthroat and the Colorado Cutthroat. You would think since the Bonneville is all over Utah I would count that one but this is where things get tricky by trying to match species that are found in different states because you can’t count the same species caught in two different states. 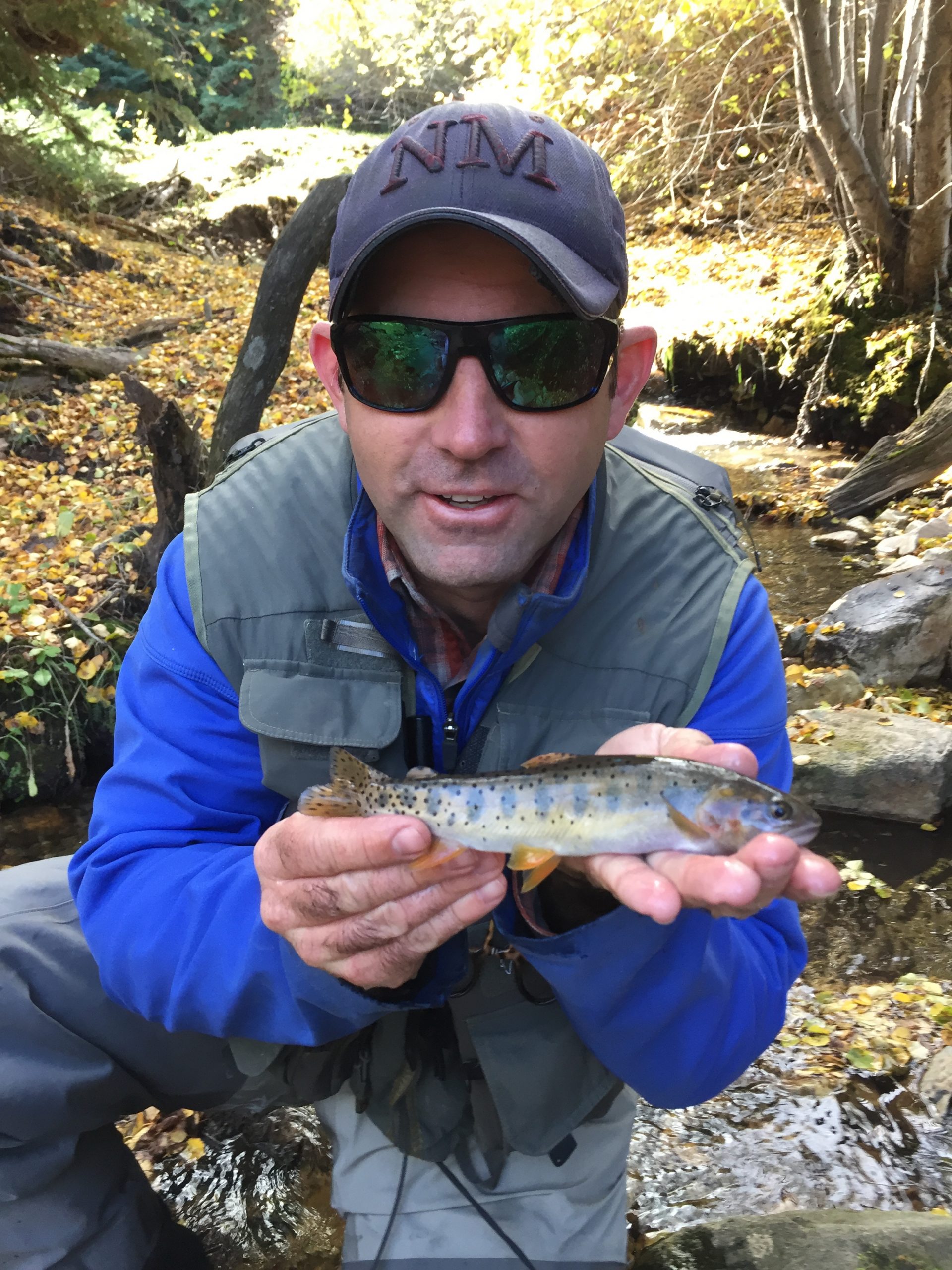 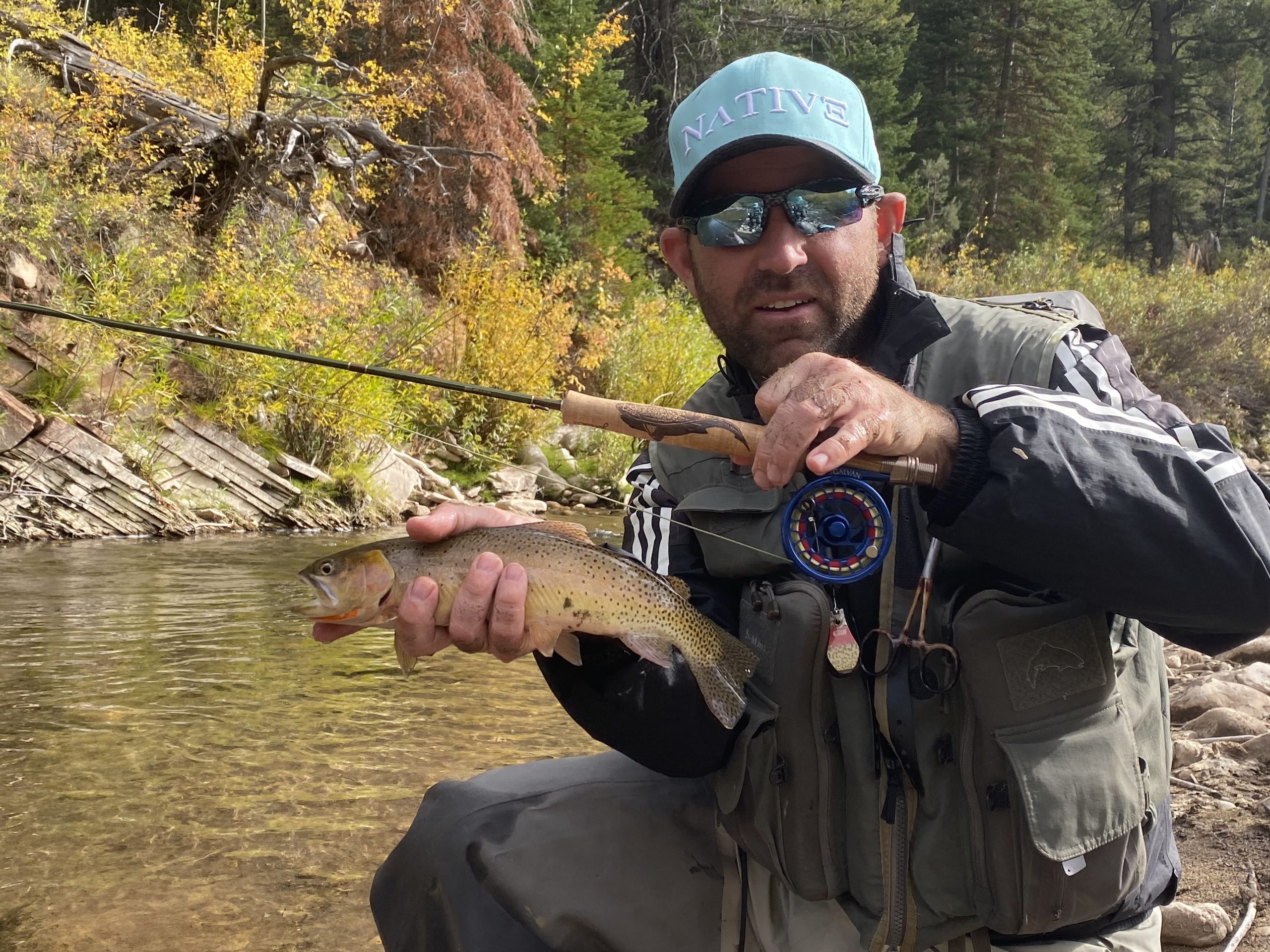 I then went on the hunt into a river system in Northern Nevada that contains two species of native trout in the same river system. The Jarbidge River is supposed to hold both Bull Trout and Redband Trout. So we thought we could knock out two birds with one stone. Well the tough part about Bull Trout is the are migratory and we went a little late in the year and ended up catching a bunch of little redbands and finding no Bull Trout. (Trip is in blog ) 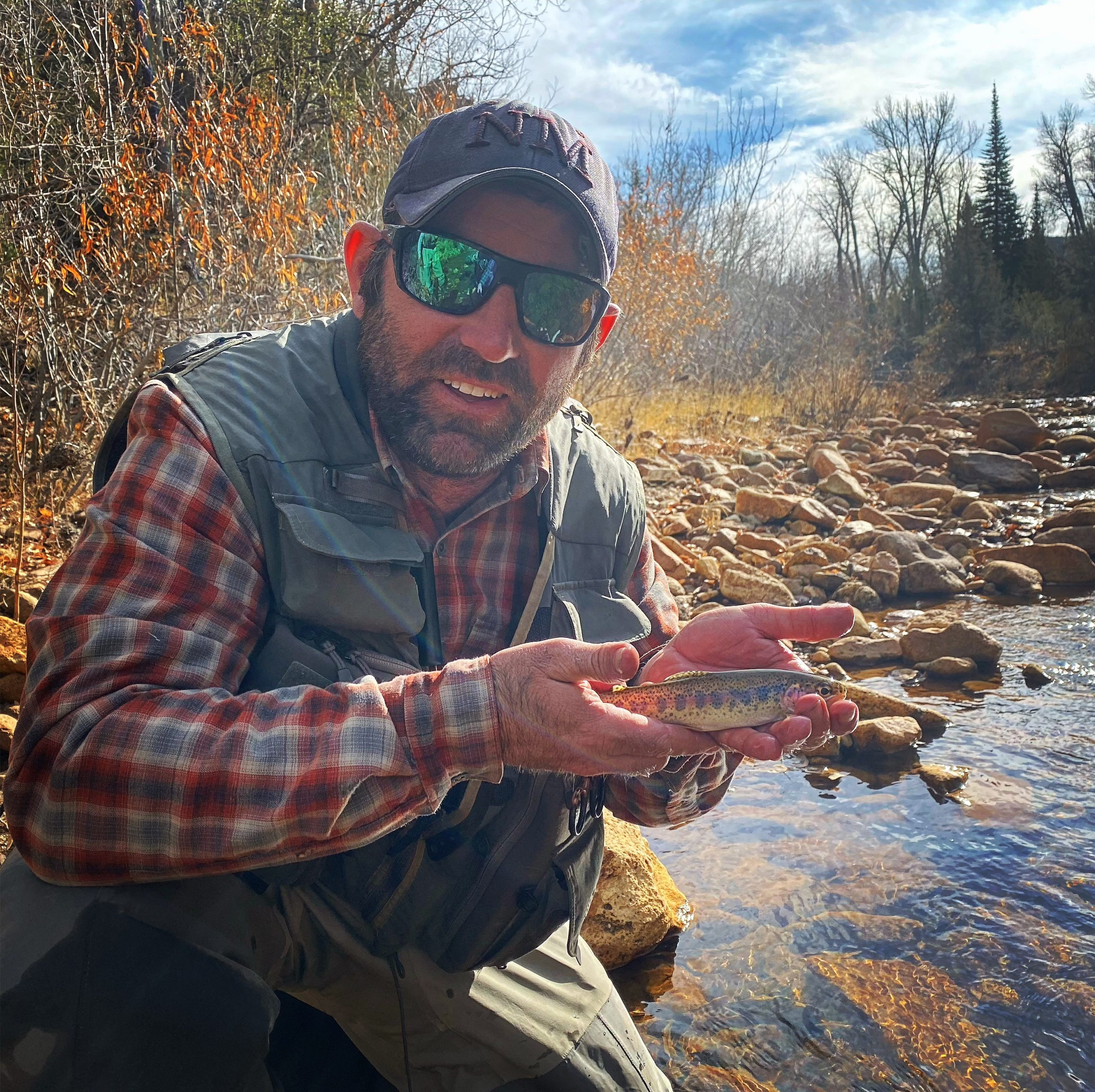 Then we made a trip up to Star Valley in Wyoming with the hopes of knocking out parts of the Wyoming Cutthroat slam as well as adding to our Native Trout Challenge. Well when we got up into the Valley all the bigger rivers (Salt, Greys, Snake) were completely blown out and muddy. We ended up finding one tributary that was crystal clear because the snow melt had not started in that valley yet. 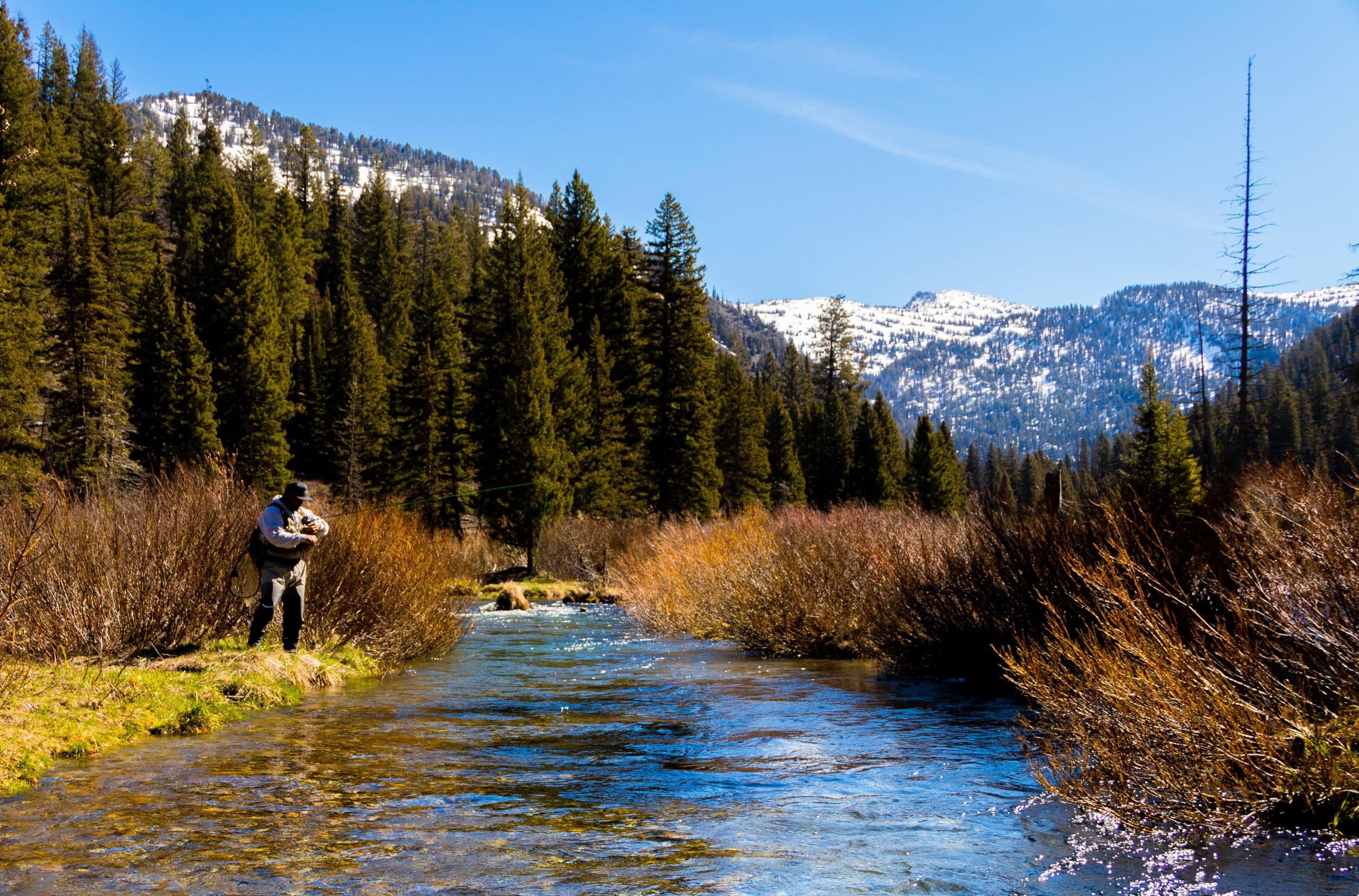 We ended up finding a small reservoir that held snake river cutthroat in it (Snake River Cutthroat are not on the list but would count as a Yellowstone Cutthroat in the same way a Bear River Cutthroat would count as a Bonneville). We fished the river coming into the lake but there were no fish to be found and the water in the lake was so slow that the trout could see the fly and examine it before even thinking about a take. 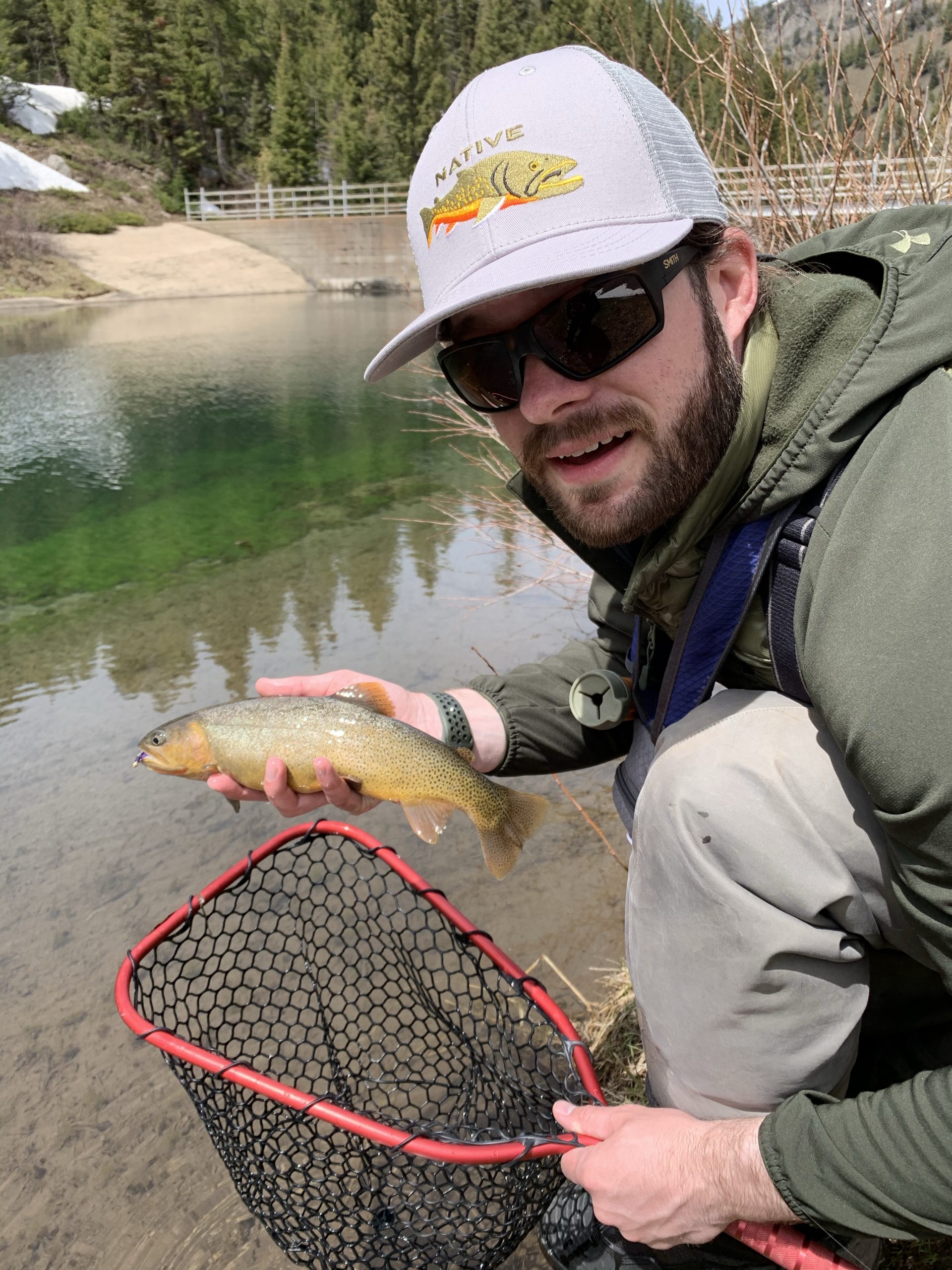 Well Scott ended up catching a Snake River Cut but we thought it was kinda a bust of a trip until we were on our way home and had wanted to check out a creek that ran along side the road that was south of us. Well good thing we stopped because Scott, Lamont and Marcus caught Bonneville Cutthroat out of this creek and one even measuring 20″. So we ended up catching two species on one trip but only one of us caught two species. 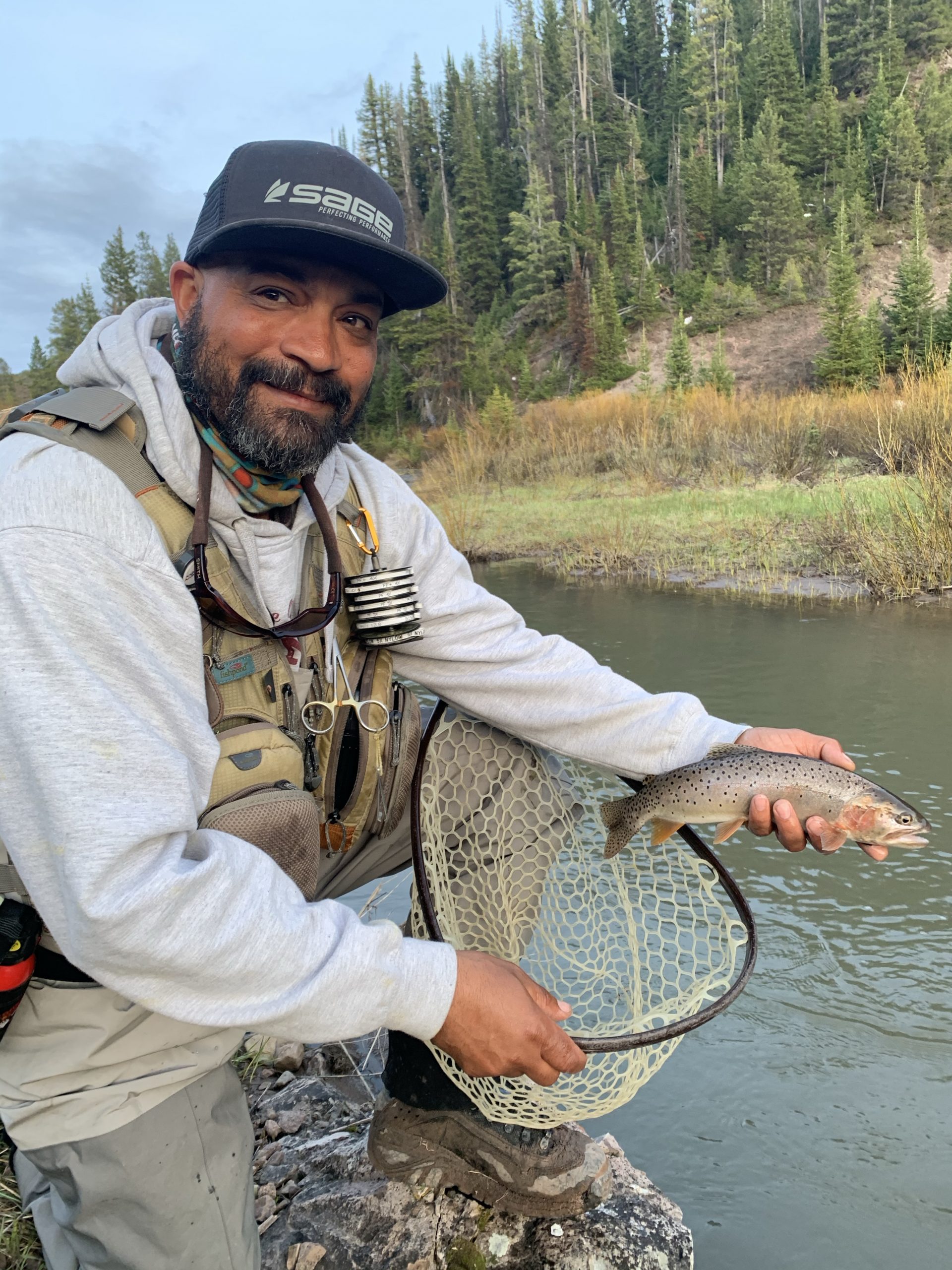 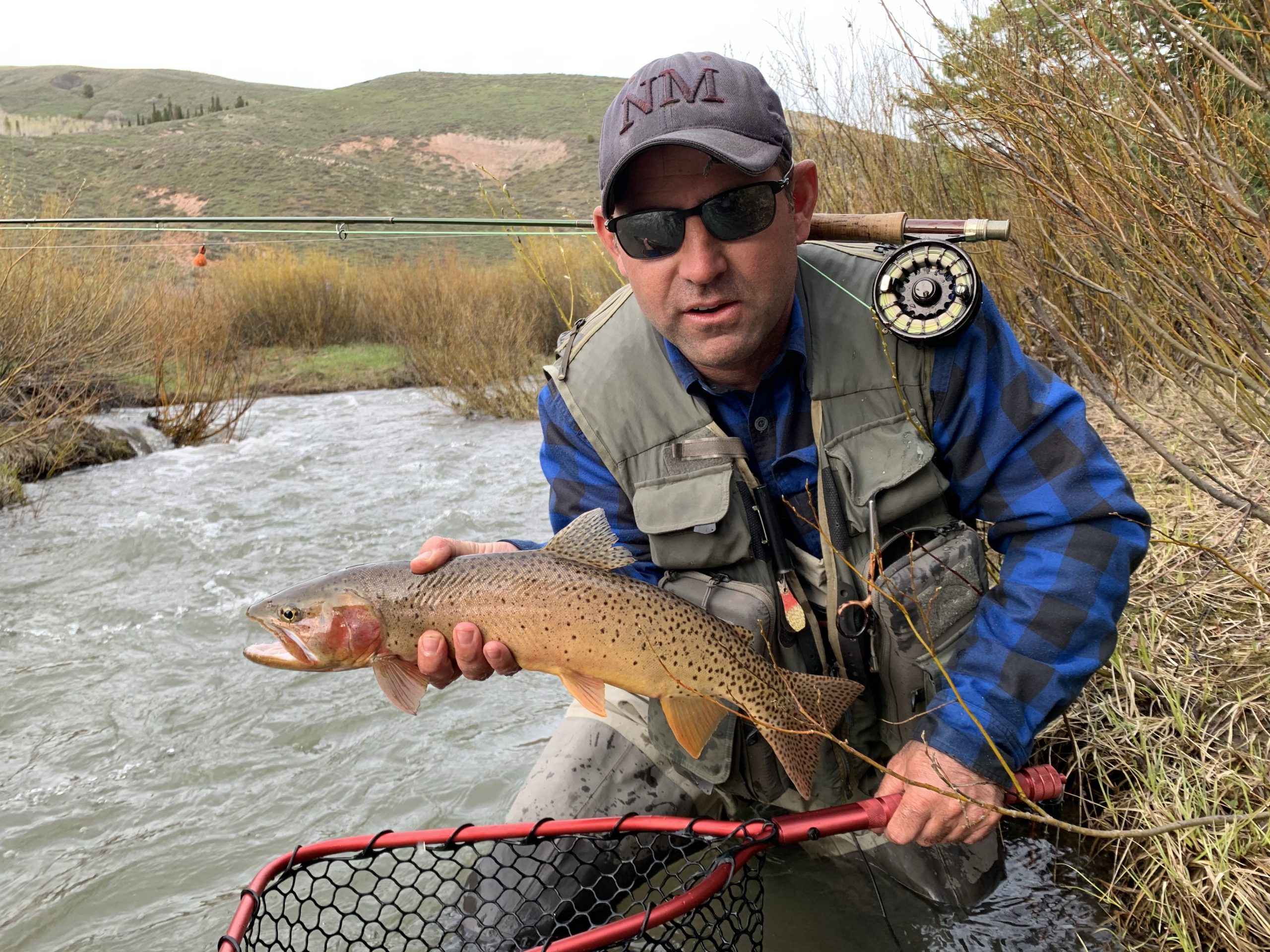 I had some friends that had a unfortunate situation that the details of are not needed but long story short is I had to make a drive to Las Cruces, New Mexico. Las Cruces ( Go Aggies) is where I grew up and attended college and where I learned to fly fish so I know the waters there quite well. On the way back to Utah I have to drive through the Jemez forest and thought to myself that is could do a quick detour into the forest where I know there are Rio Grande Cutthroat it will only add a couple hours onto my trip and I can knock a fish off the list. Well the gate to the road was shut (thanks a lot Covid) but since I already made the detour I got out and made the 2 mile trek into where they were and caught my fish, took my picture and headed back out. 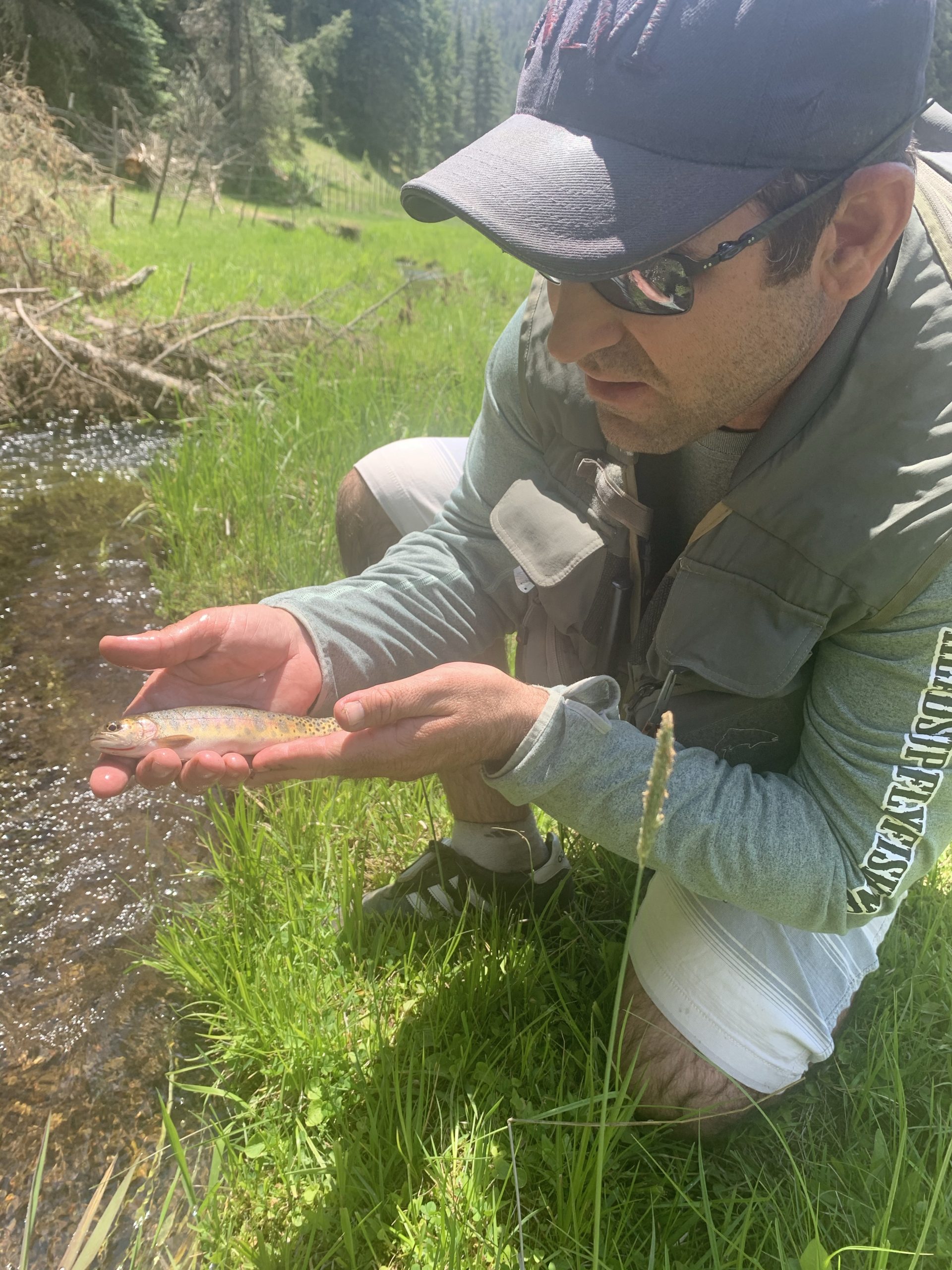 So at this point I was 1 fish away from completing the Expert Level. (2 Utah, 1 Wyoming, 1 Nevada, 1 New Mexico). Well I had to make a trip someplace that I knew I could catch a fish and so being economical I decided to bribe my boss with some green chile and salsa and take a bit off of work and go fix some stuff at my parents house for a week and then make an extremely long journey of fishing for a week. I ended up driving into the Gila National Forest and catching a Gila trout on Gilita Creek (BOOM EXPERT LEVEL DONE) Did an overnight camp trip at Ben Lilly Campground and headed out that morning. There were more fish to come on that trip but those are for the Advanced Level. 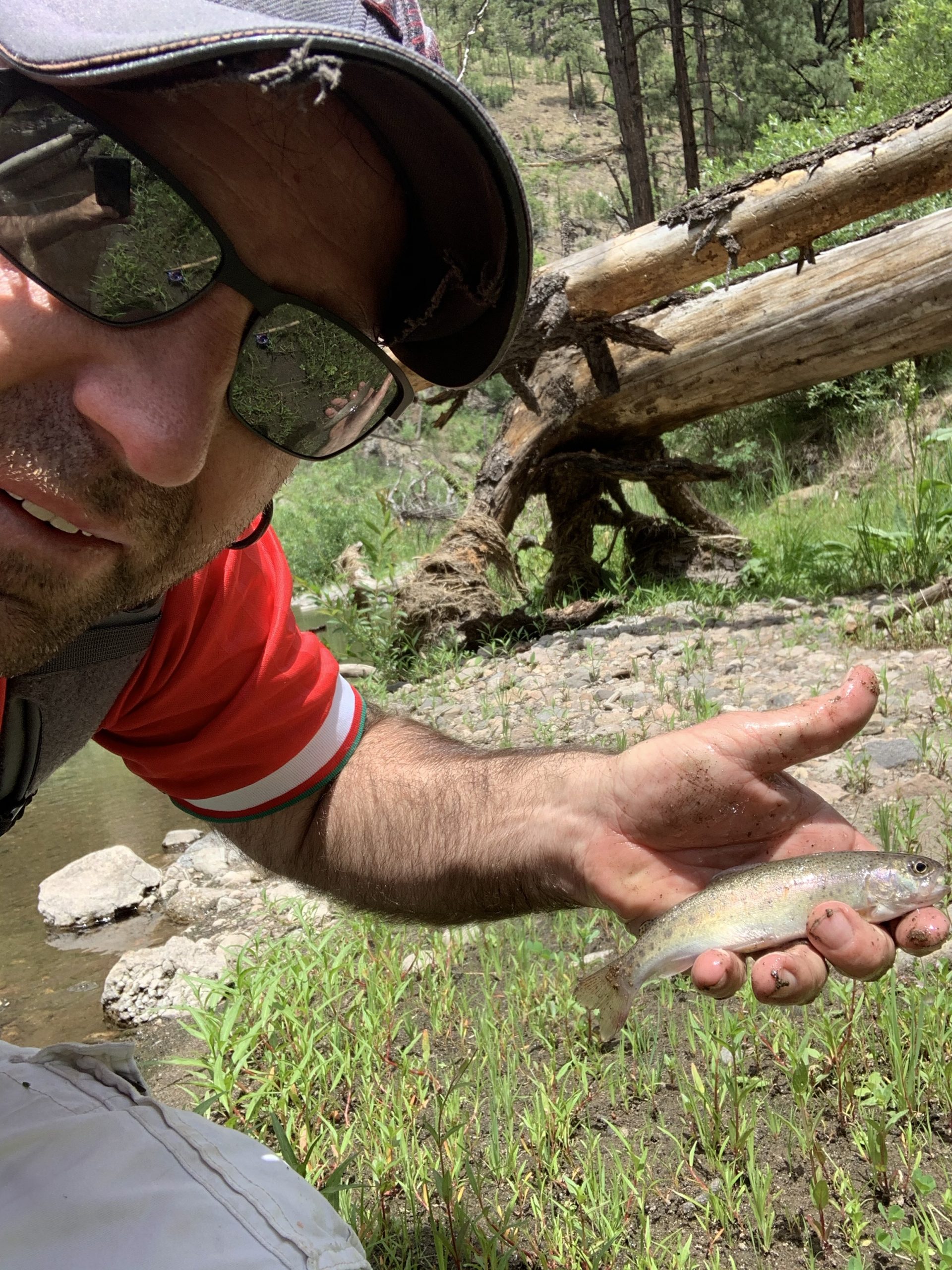 So if you have the time visit https://westernnativetroutchallenge.org and get some information and think about join us in native trout conservation and fishing. To register you’ll just need $25 which goes toward habitat restoration and more. I was the 39th person to complete the Expert Level and when completed they will send you a certificate and a hat. The first 100 people get a hat that says first 100 on it. When you get to the other levels you will receive medallions as well. So do yourself and our native trout a favor and jump into the challenge you won’t regret it. 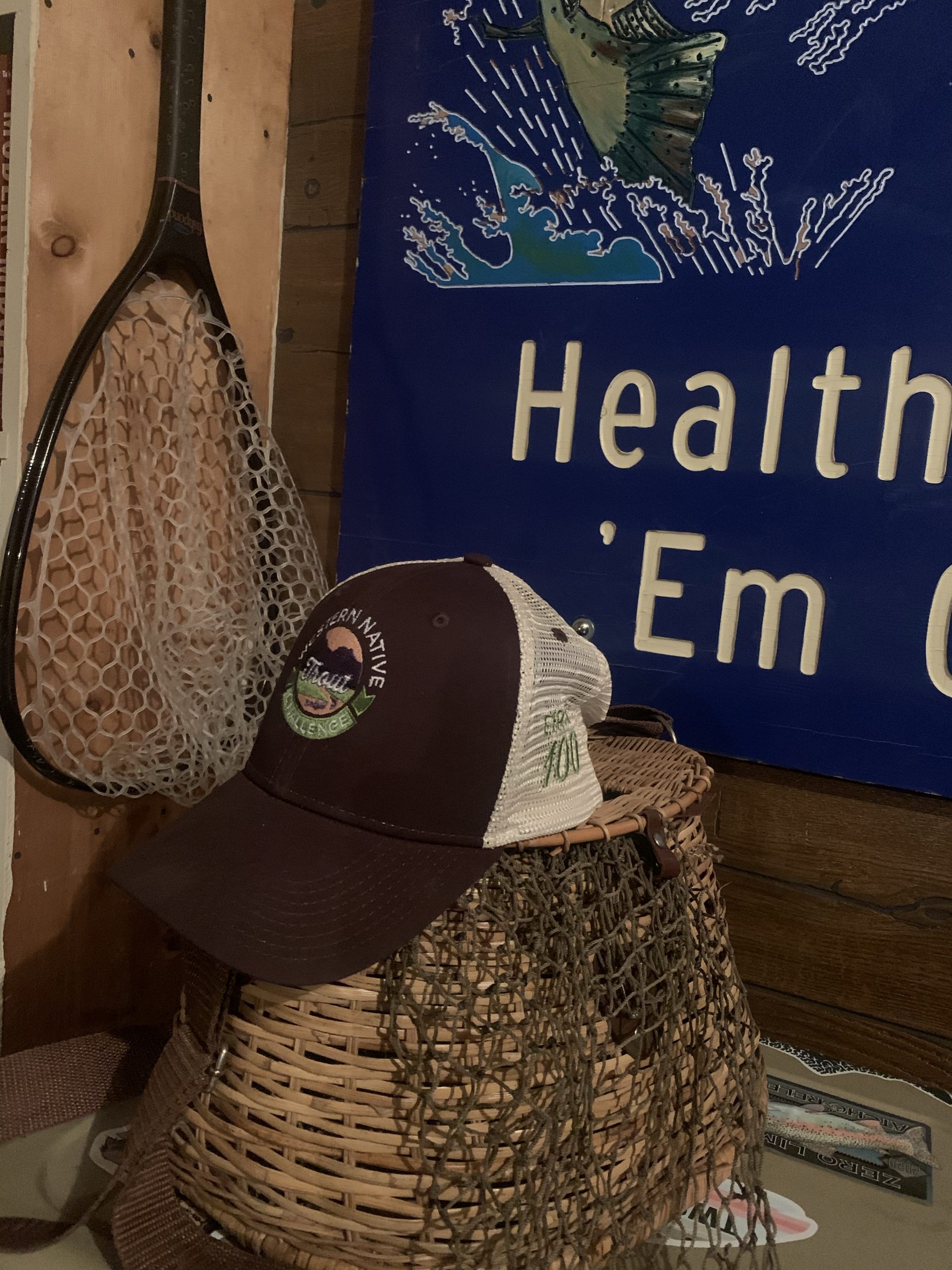